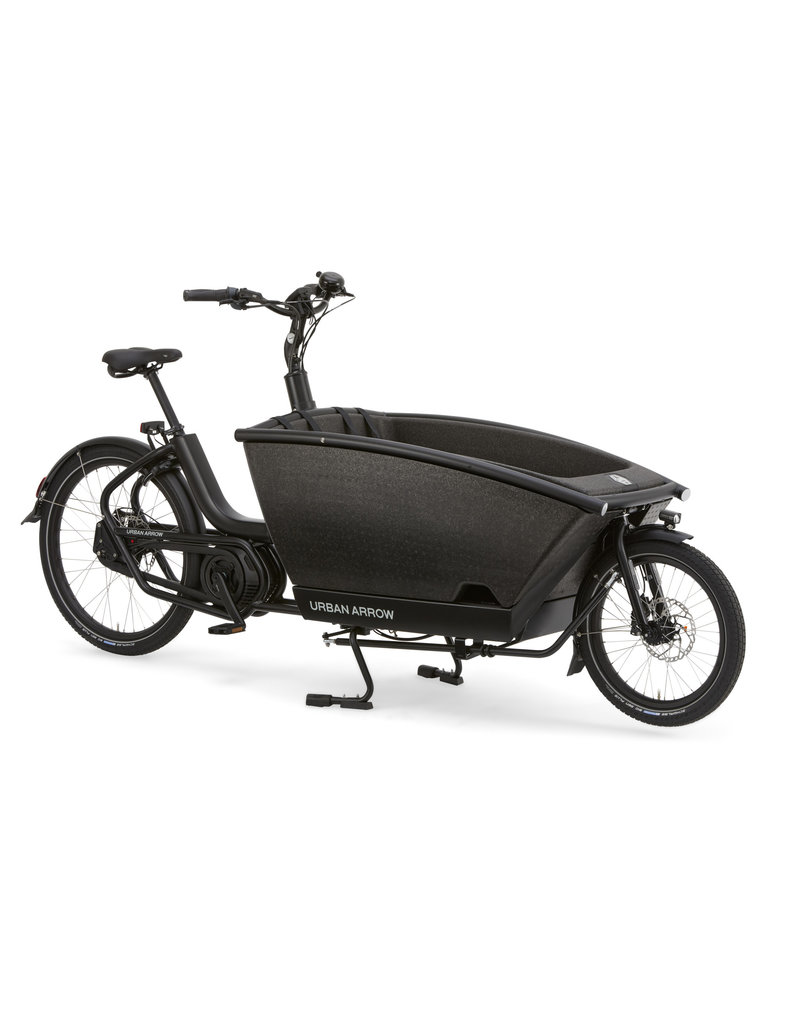 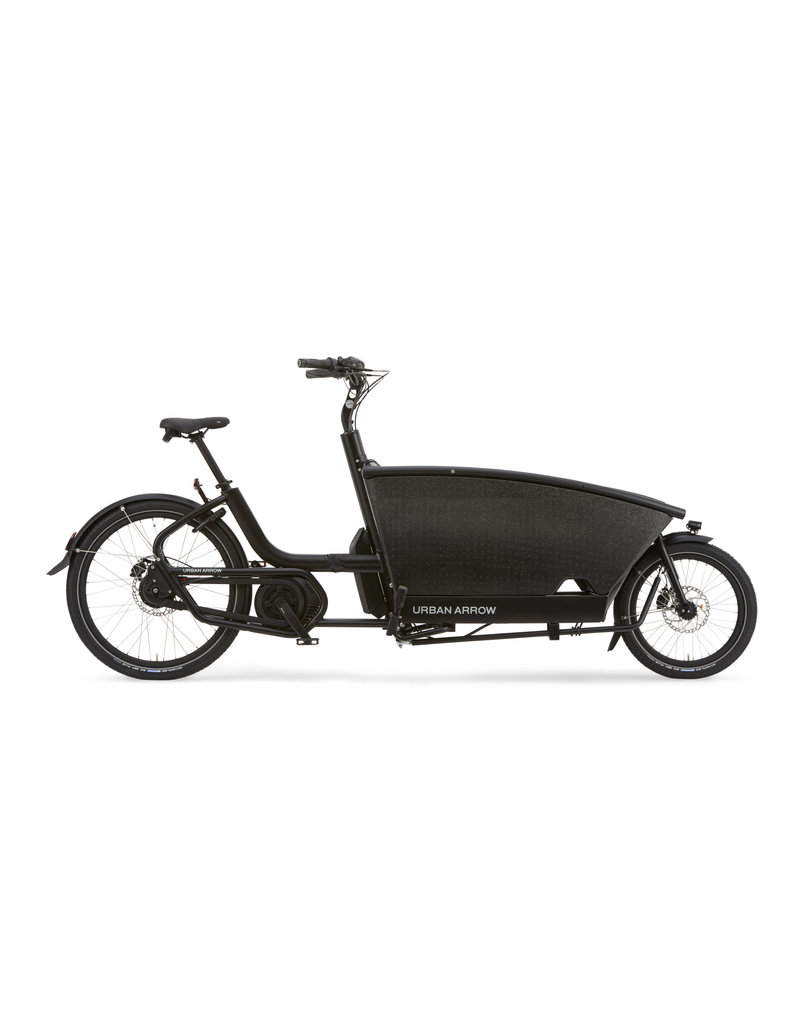 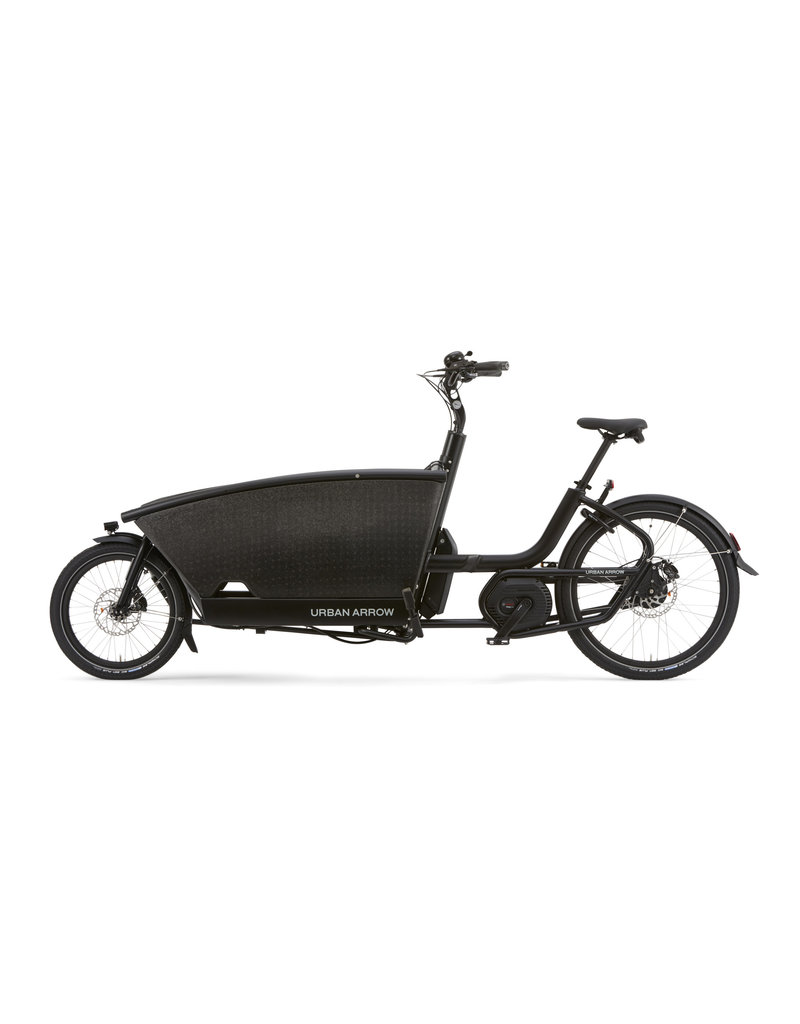 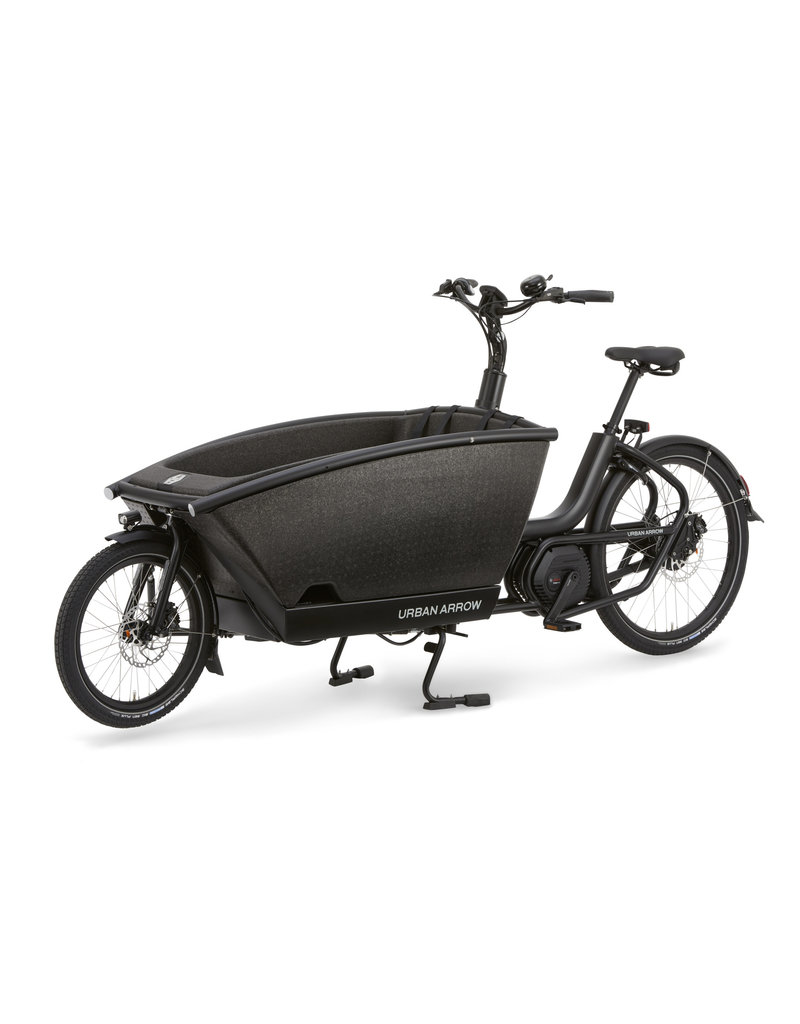 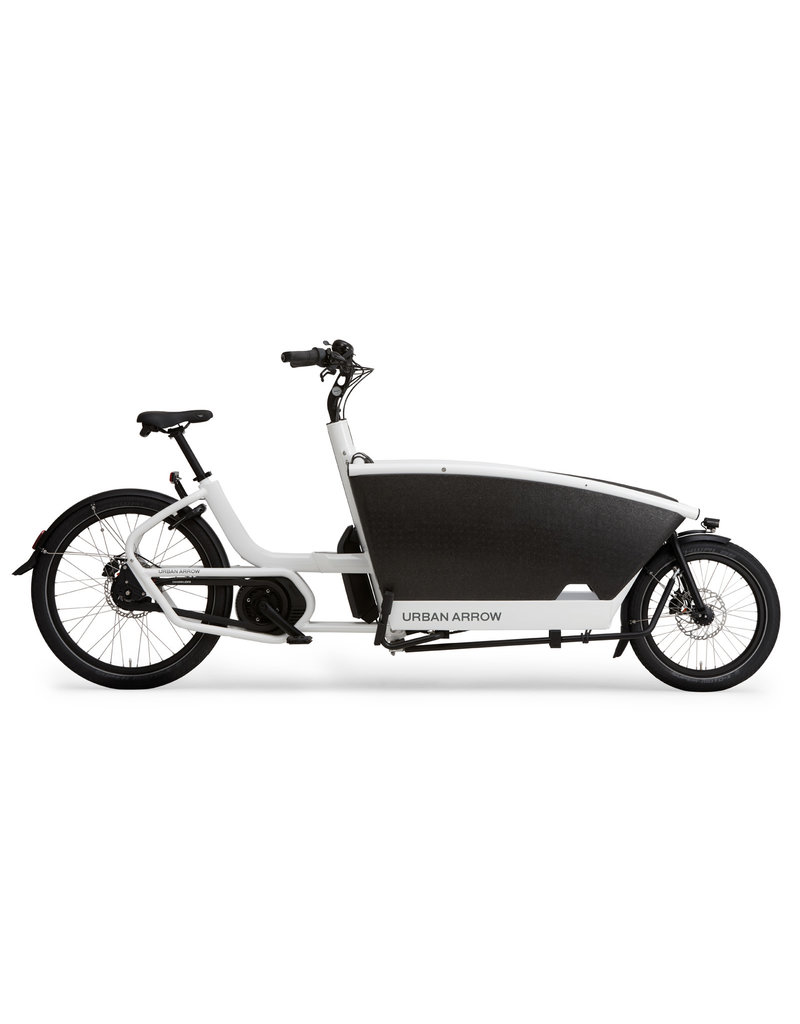 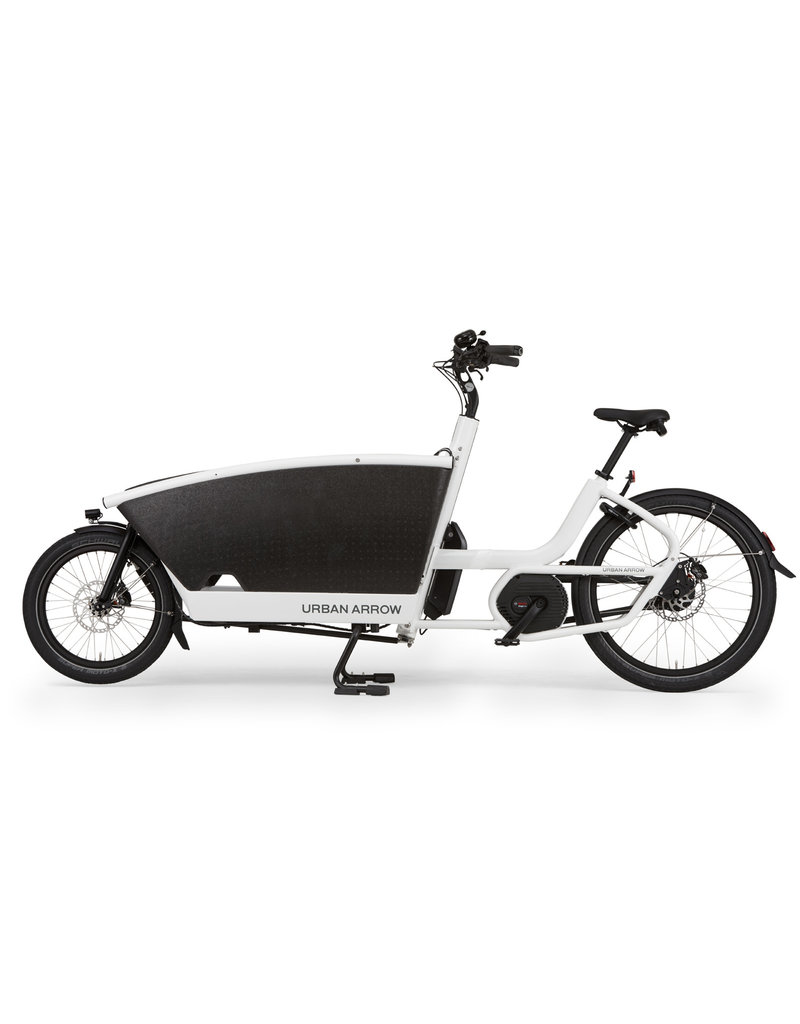 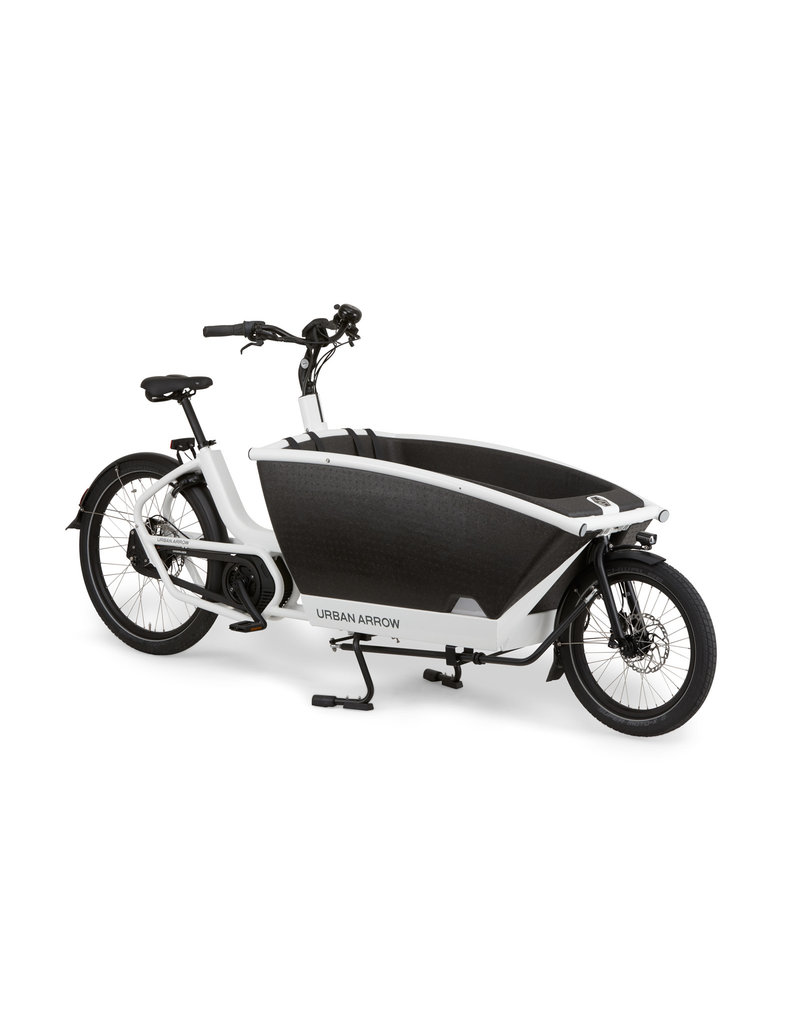 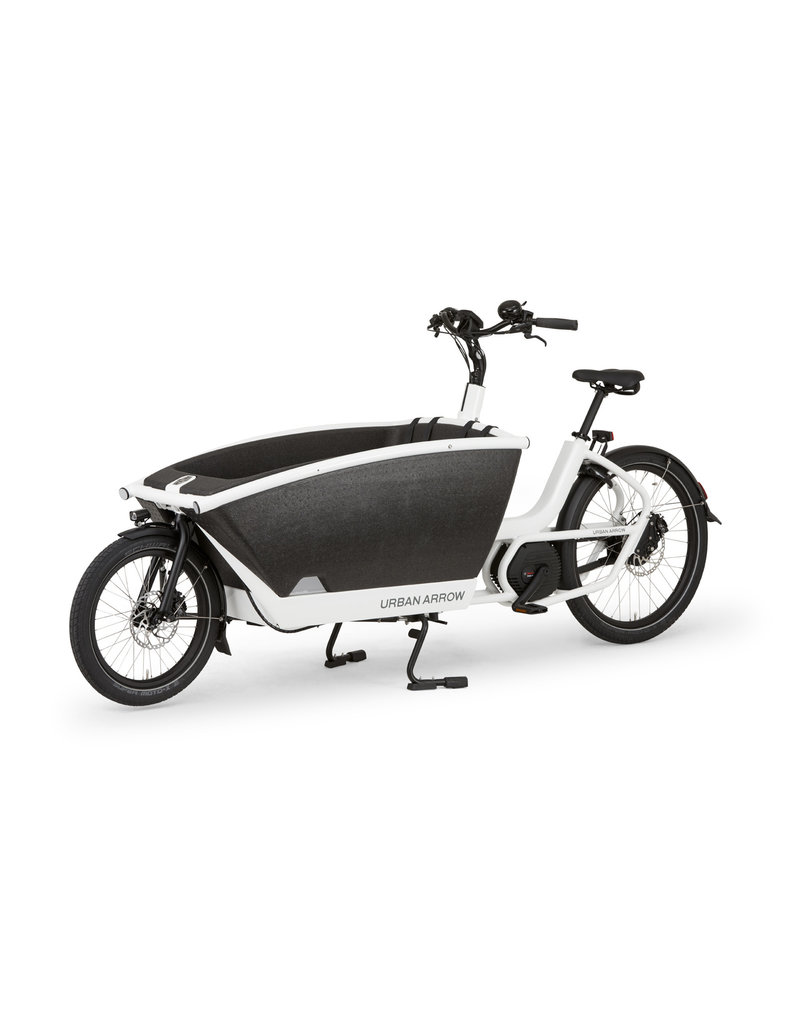 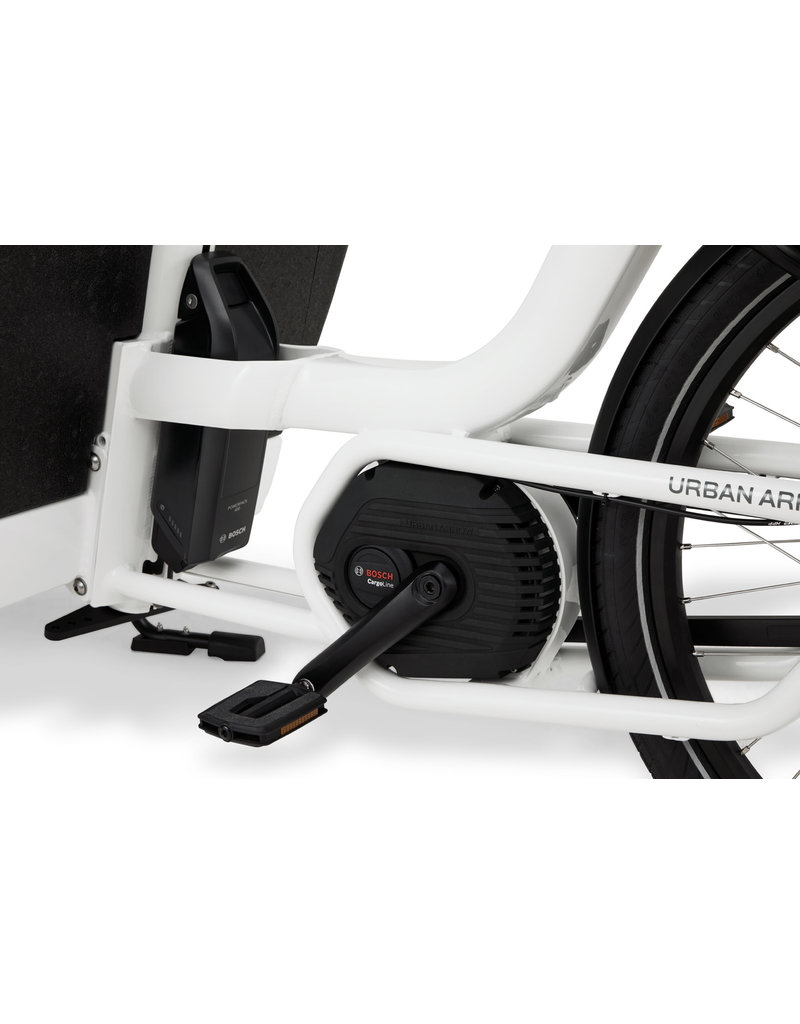 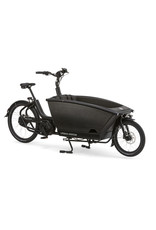 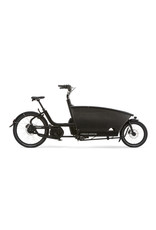 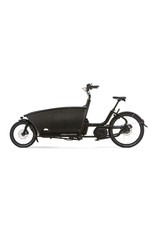 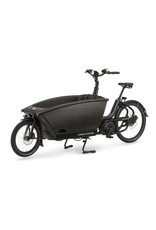 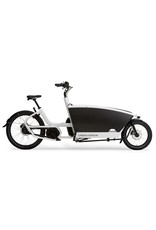 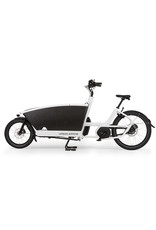 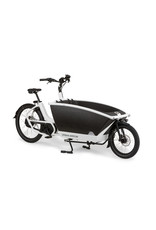 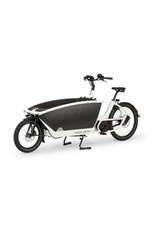 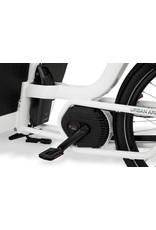 Urban Arrow is a Dutch company that started in 2010 with a single mission: design the urban vehicle of the future. From the start, the designers at Urban Arrow imagined this vehicle to be an eBike capable of carrying cargo. Urban Arrow sees the electric pedal-assist motor not as an enticing convenience but as a necessity on a bike specifically for hauling weight. As such, the company only makes cargo bikes and only makes them with electric pedal assist. The Urban Arrow Family is a Class 1 eBike, meaning it only provides motor assistance when the rider is pedaling, and will stop providing assistance when the speed reaches 20 mph.

The Urban Arrow Family is a Dutch bakfiets cargo bike with a Bosch mid-motor. The aluminum frame supports a passenger cabin made of expanded polypropylene (EPP, a lightweight durable polymer). The bike comes standard with a padded bench that includes a pair of 3-point seat belts and the cabin can accommodate an optional second bench in the front for one or two more small passengers. The front-mounted cargo area helps to keep the bike's center of gravity low, improving handling and stability. A spring-activated double-leg kickstand stabilizes the bike for loading and unloading passengers.

There are a number of useful accessories for the Urban Arrow Family, such as a rain canopy, a flat box cover, a "bike parka" to stretch over the bike while parked to protect it from the elements, an integrated rain poncho for the driver, and adapters that allow the use of infant or young child seats with the bike. Urban Arrow also makes an optional rear rack that can accept a child seat for one more passenger or additional cargo.

An Enviolo (formerly NuVinci) N-380 continuously variable gear hub gives the rider their preferred combination of gearing and the Shimano hydraulic disc brakes provide the utmost confidence in the bike's stopping, even with heavy loads. The Urban Arrow's battery, drive unit, and display (in essence the entire eSystem) are all made by Bosch and undergo rigorous third party testing for quality. Bosch's Intuvia display, which mounts to the center of the handlebar, informs the rider of details like current speed, trip distance, remaining battery life, and time. Furthermore, the Intuvia display puts the controls that change the assist mode right at the rider's fingertips.

Add your review
0 stars based on 0 reviews 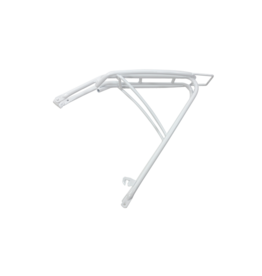 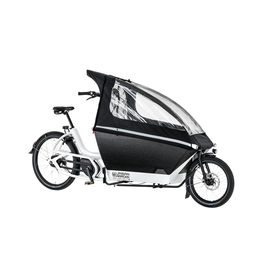 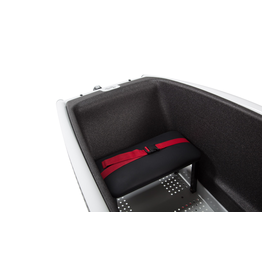 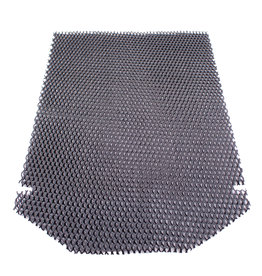 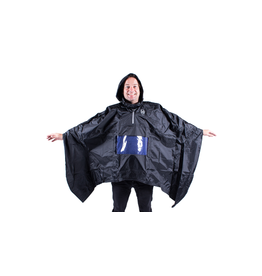 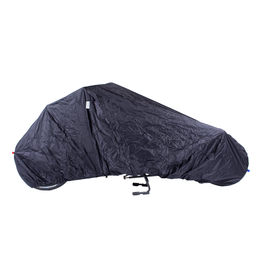 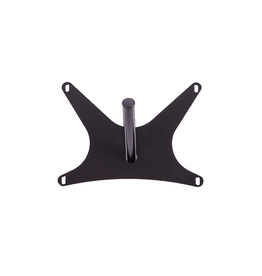 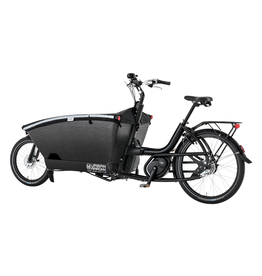