Next stop on the know your commodity chain tour was Nijland (pronounced “Nih-LAHND”). The name Nijland most likely doesn’t ring a bell. That’s because we don’t sell a brand of bikes called Nijland, but we do sell a brand I’m sure you are familiar with called Workcycles. Nijland happens to be where all of the Workcycles F/K/G r8 family of bikes are produced and they are located in the town of Heeten. 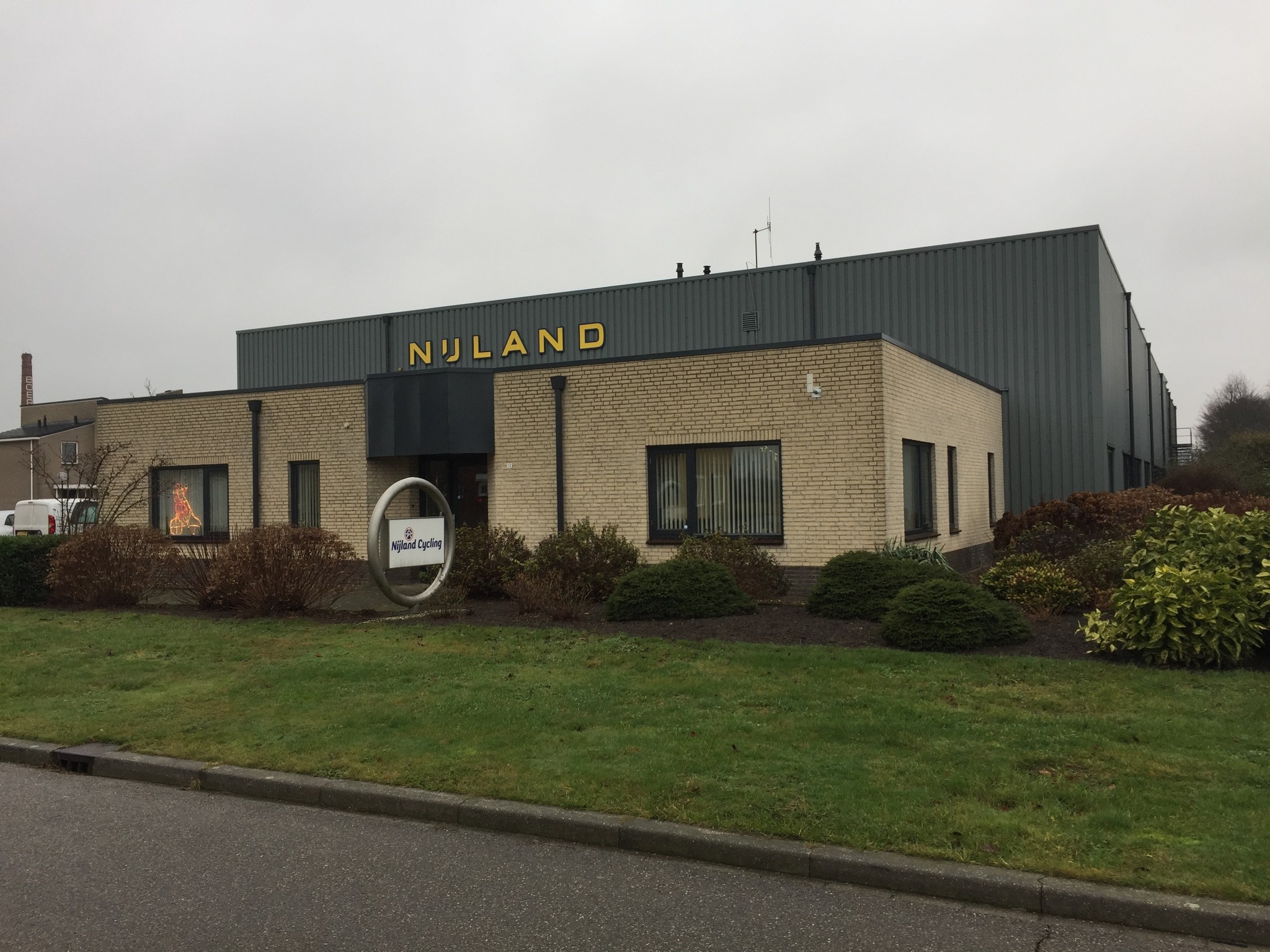 In addition to Workcycles, Nijland is a contract manufacturer for other similar small scale bike brands such as Onderwater, the classic Bakfiets, Brik and a brand we used to know well- De Fietsfabriek. Nijland also designs and produces their own line of adaptive bikes for riders with disabilities. According to the Nijland website, they have 13 employees, I have a feeling based on what I saw that this number has grown some.

The day started when I woke up to my alarm clock having overslept. This resulted in a mad dash to the train station through a steady rain in the pitch black morning before sunrise. I had to catch a train from Leiden to Amsterdam to meet Richard (from Workcycles) to then get on another train headed to Deventer. I narrowly made the train and then connected with Richard at Central Station-Amsterdam and we were off. 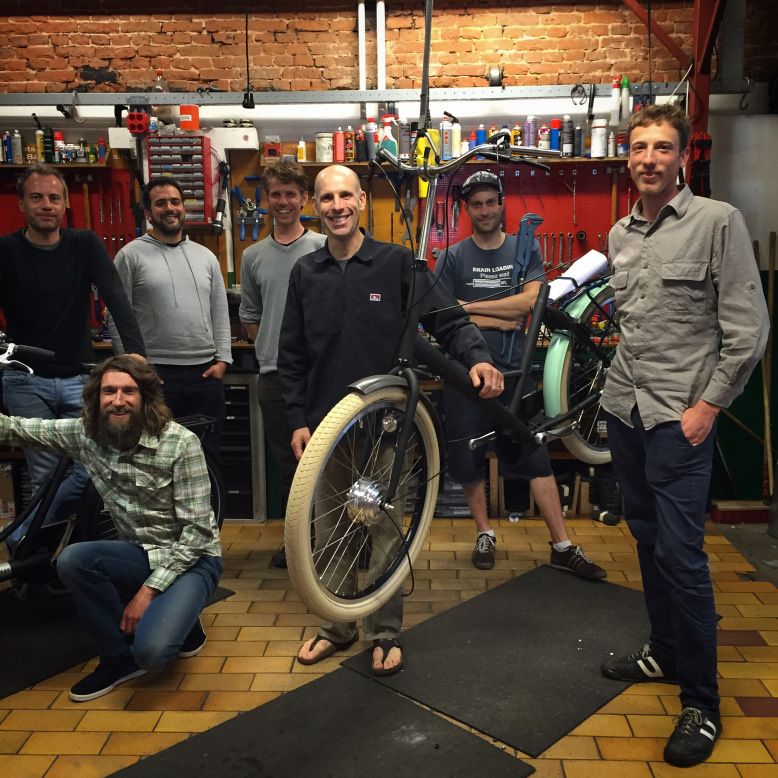 This photo of the Workcycles crew was taken at their headquarters in Amsterdam on my trip back in summer of 2015. Richard is on the right there. Great guy and I’ve really enjoyed getting to know him. He’s the right hand man of Workcycles founder Henry Cutler and my main point of contact on all of our dealings with them. It is fantastic having someone I can depend on to reply to my emails and help get our bike orders produced and shipped out in a timely fashion. 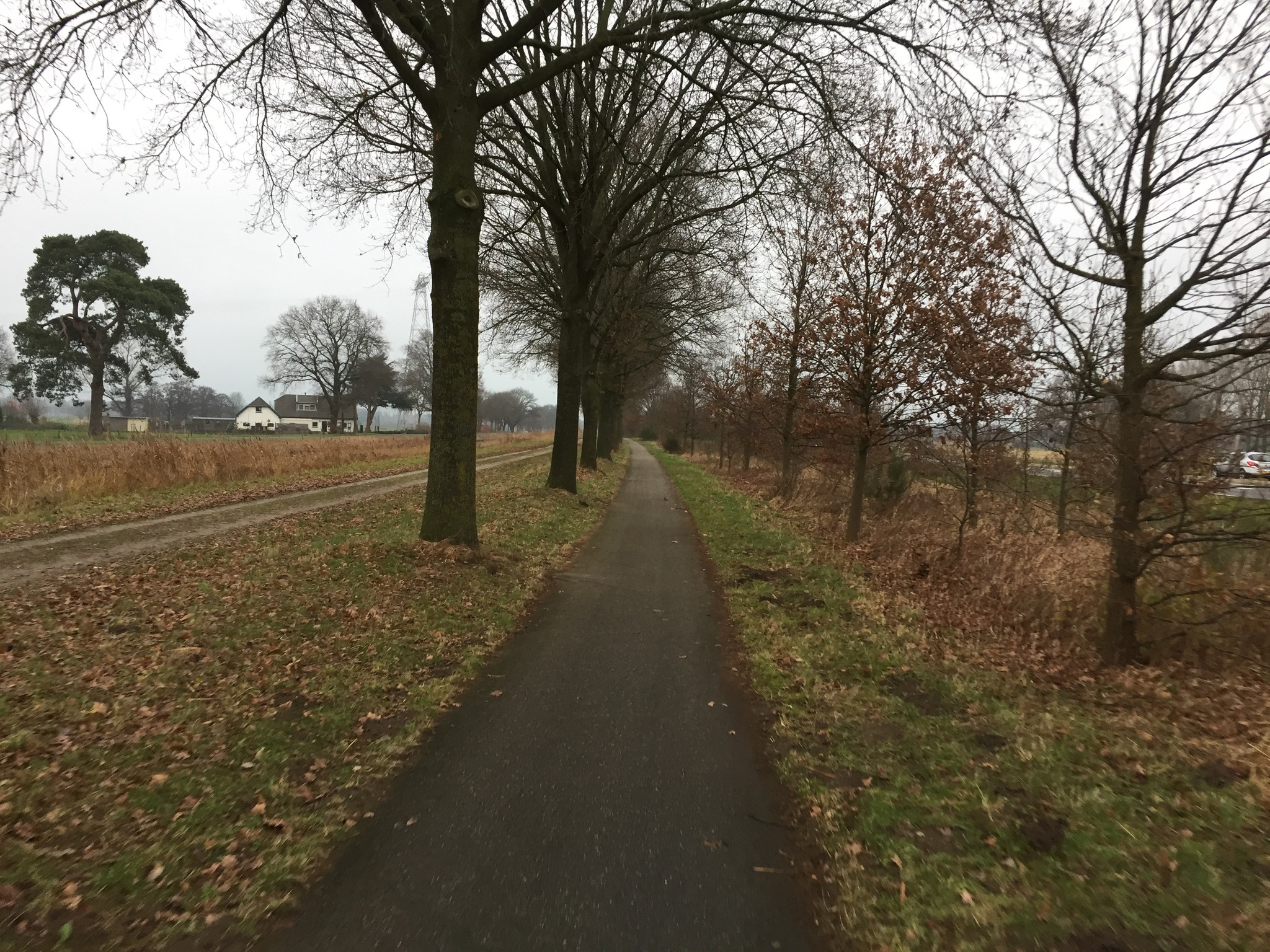 After we arrived in Deventer, we had about a 40 minute bike ride through the countryside to get to Nijland. I had a great time between the train ride and the bike ride to the factory chewing the fat with Richard and learning more about how Workcycles operates. There is a ton of R&D, testing, moving parts and suppliers involved to take one of their bikes from concept to finished product. It was enlightening for me to peel back some of the layers of that onion and gives me a greater appreciation for their awesome bikes. 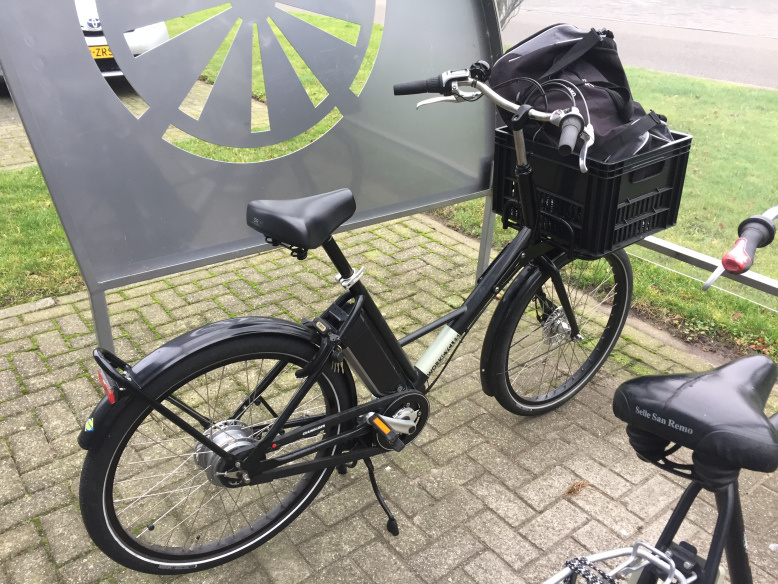 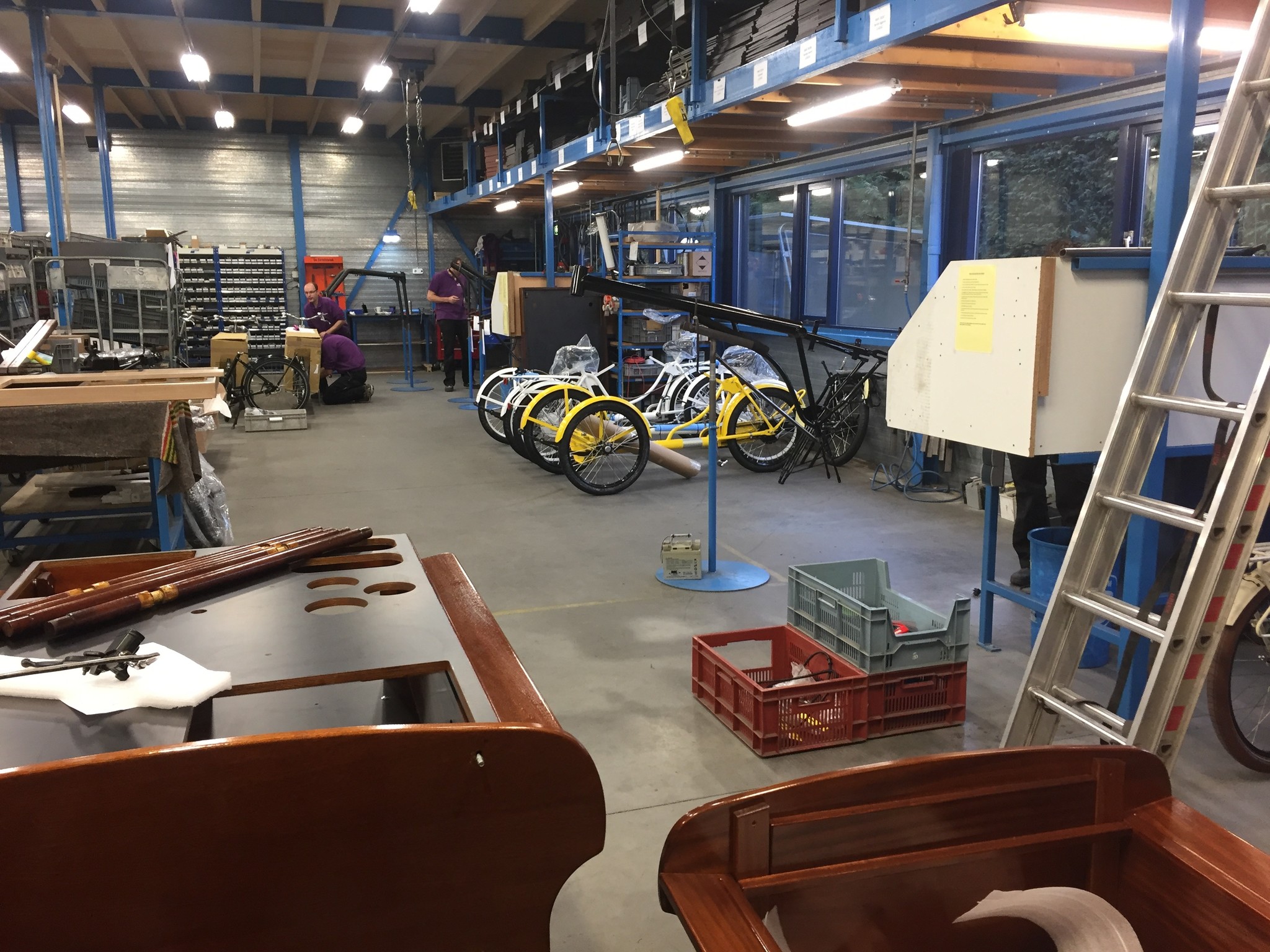 There is a dedicated team of three Nijland employees who perform all the Workcycles F/K/G r8 bike assemblies right here in this section of the factory. It was a pleasure meeting them and shaking their hands. I sometimes forget how much of a role the human element plays in the products we sell. This is what getting to know your commodity chain is all about, after all, and sadly, it’s something we’ve strayed from as economies have gotten less and less localized. Therefore, being here and meeting the folks who do this was kind of mind blowing. This is high quality attention to detail small scale manufacturing and it was really neat to see it first hand.

The other interesting thing to see is how the industry has become specialized in such a way that, if you want to make bikes, you don’t front the overhead for a factory to build them. This is because in such a huge economy, your business is busy enough dealing with designing and marketing the bikes. So, you contract a factory to build the bikes, and if that factory is successful, they’ll be good enough to build bikes for a variety of companies, all of whom might even be rivals in the market. This is basically what Nijland has done.

Here is a gallery of images giving you an inside look at this part of the factory. 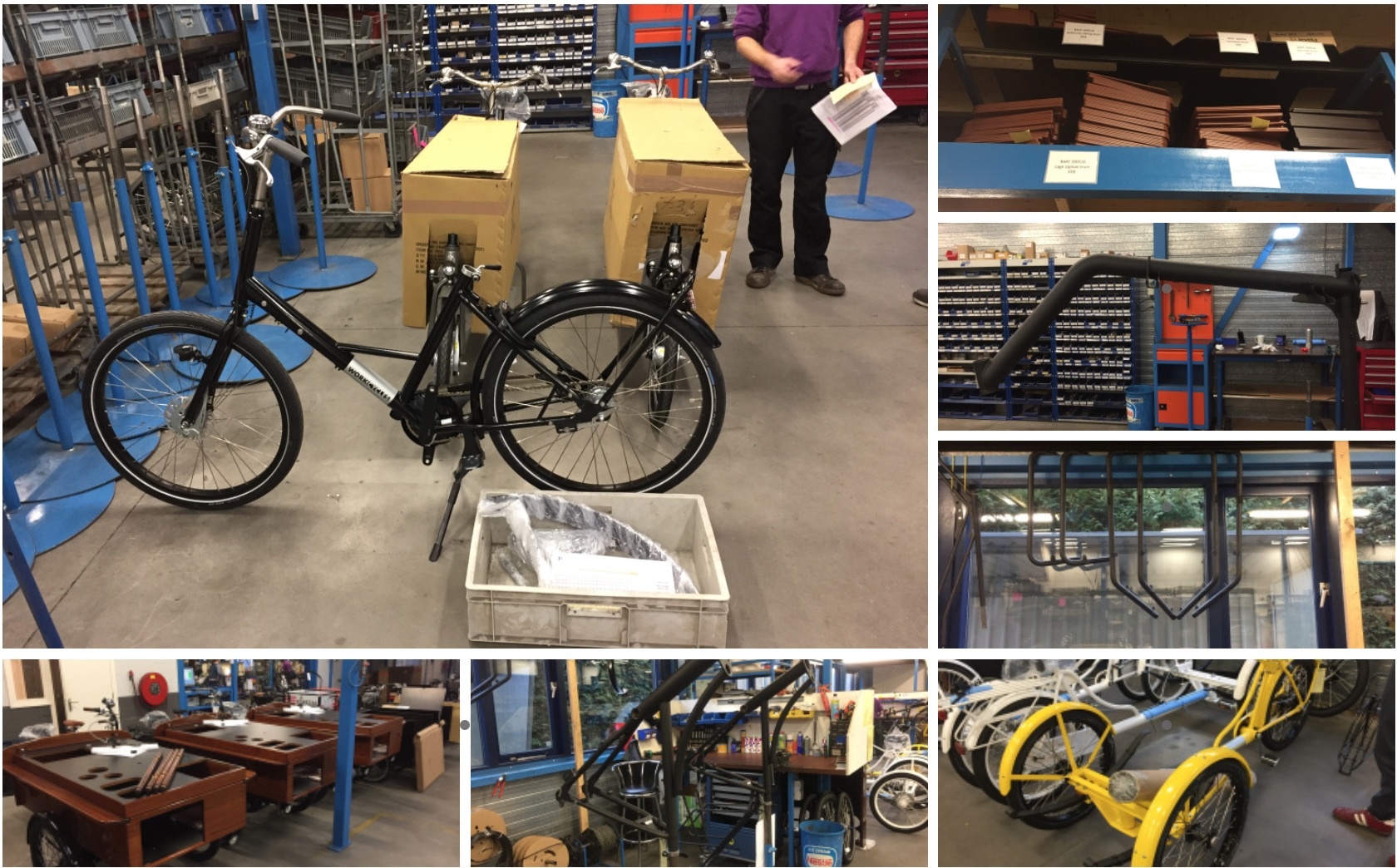 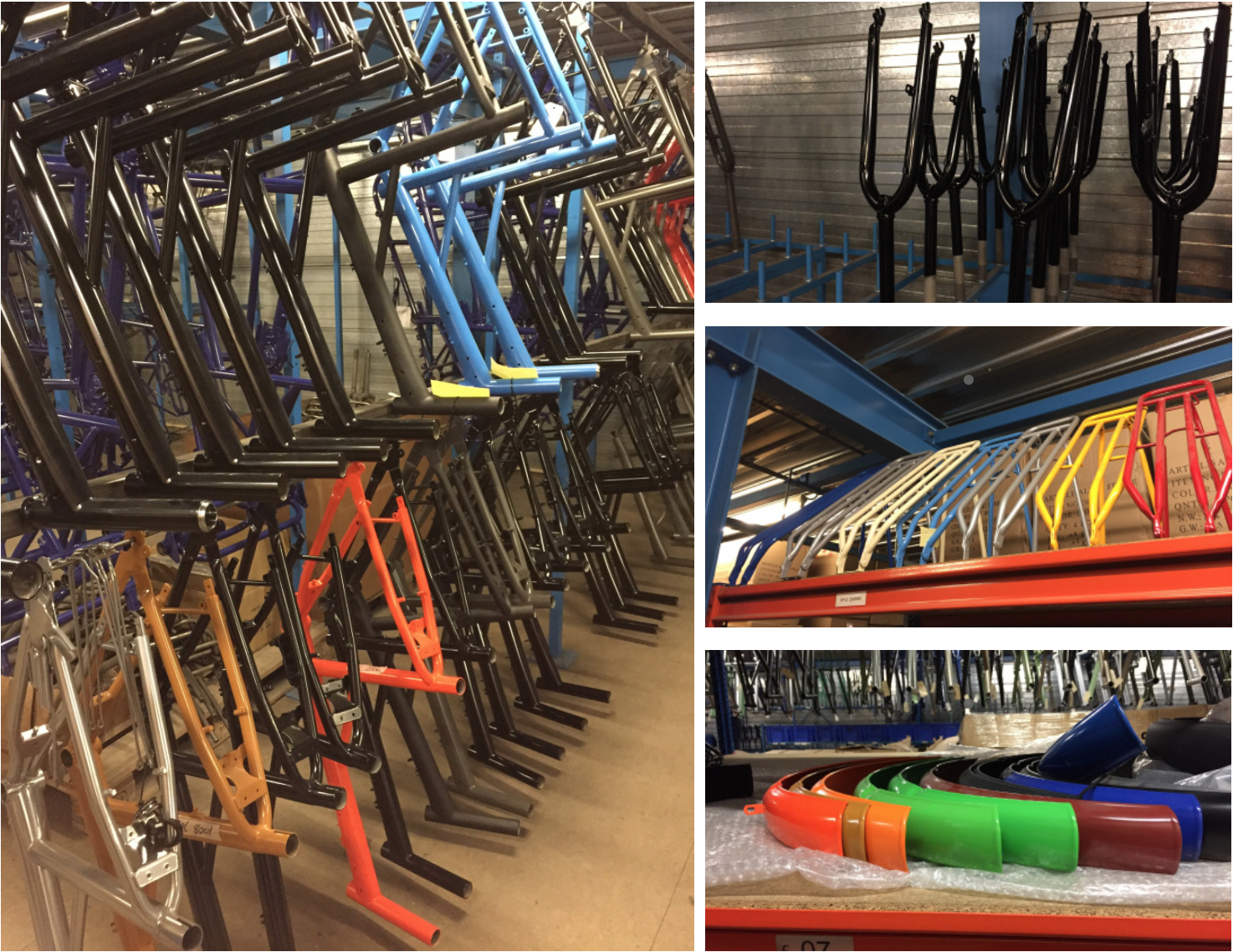 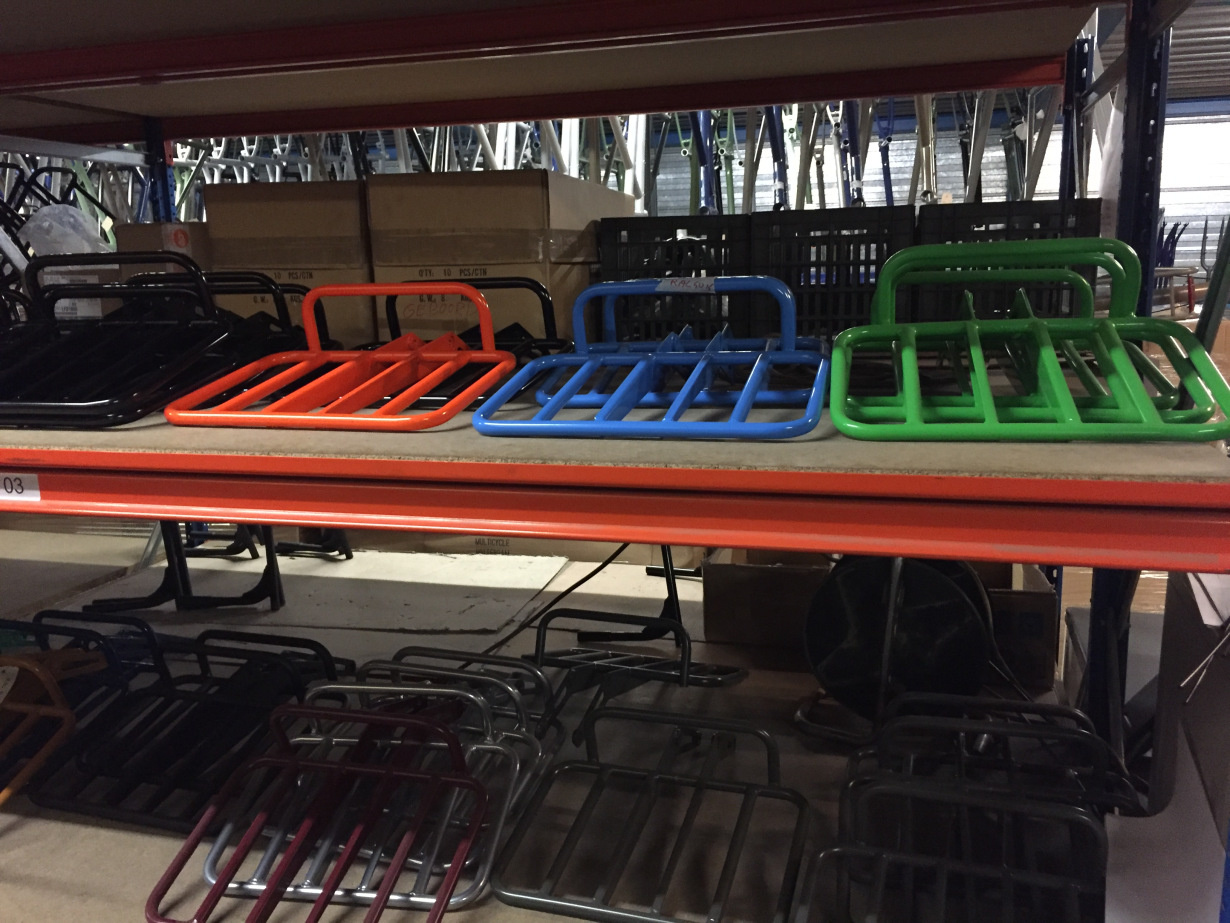 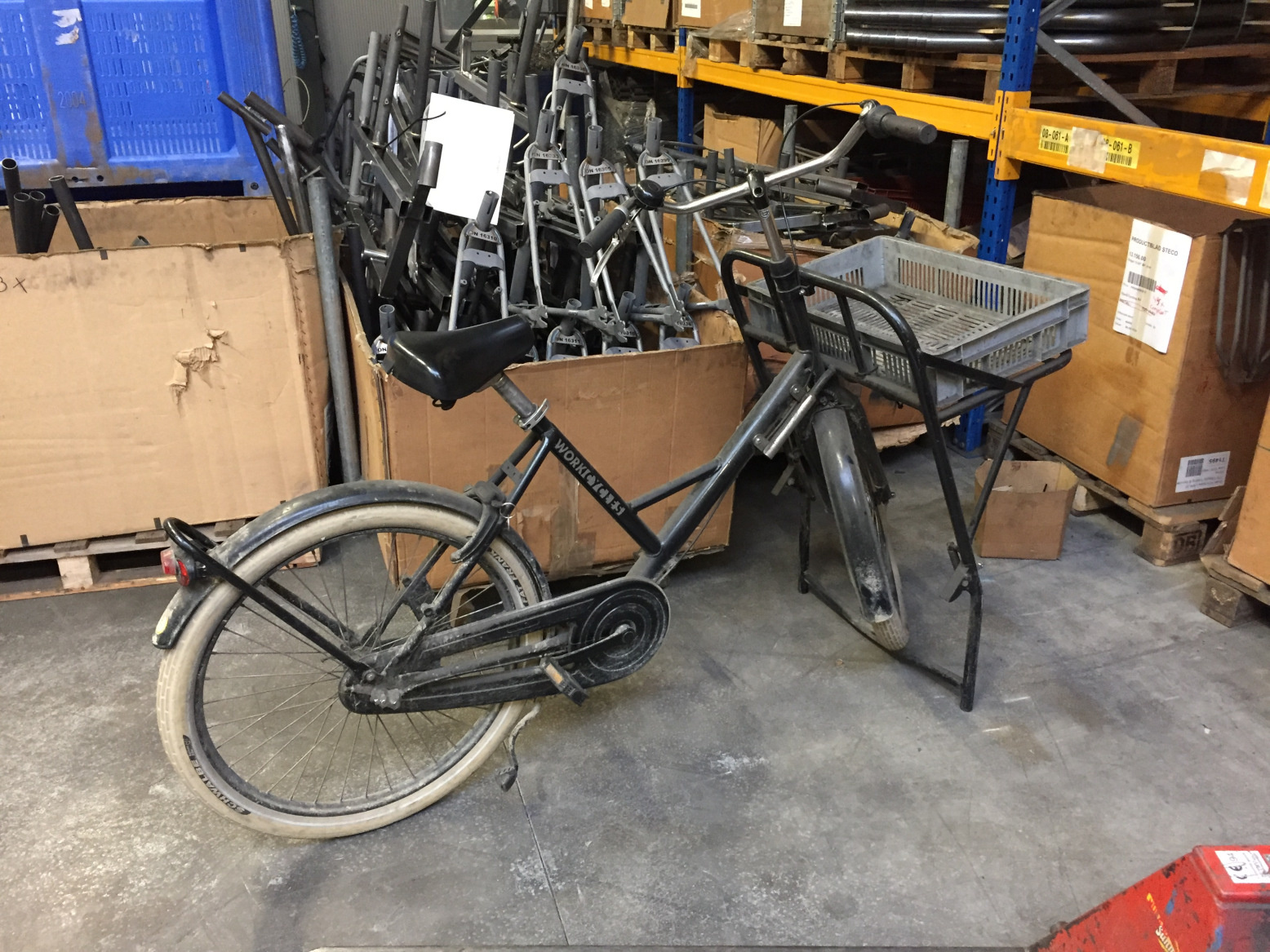 An oldie but a goodie. Early days Workcycles Fr8 with a Massive Rack that is used as a factory transport bike at Nijland.

The highlight for me was definitely the painting shop. Nijland used to outsource their paint work so everything had to be transported back and forth to the powder coater. This was costly, time consuming and also left more chance of scuffs and dings during transport. So Nijland decided to invest in their own state of the art painting facility and we were given a thorough tour which was just amazing.

Here’s a step-by-step of how the magic happens… 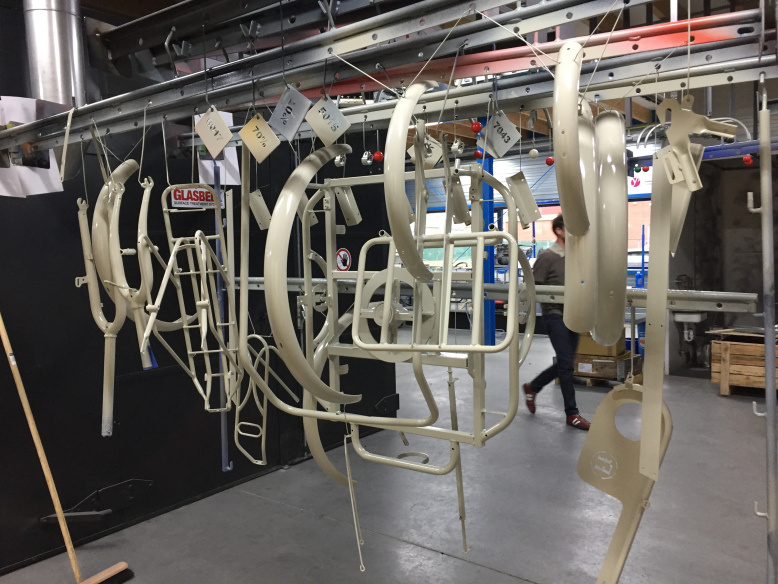 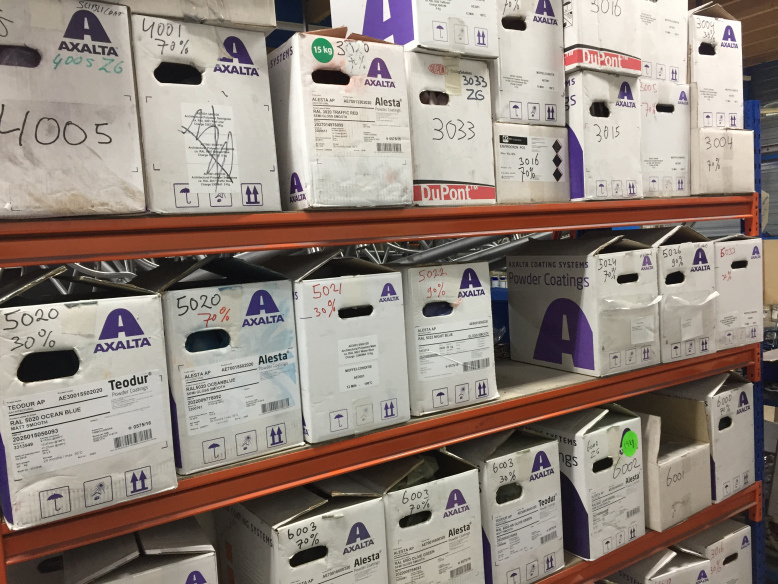 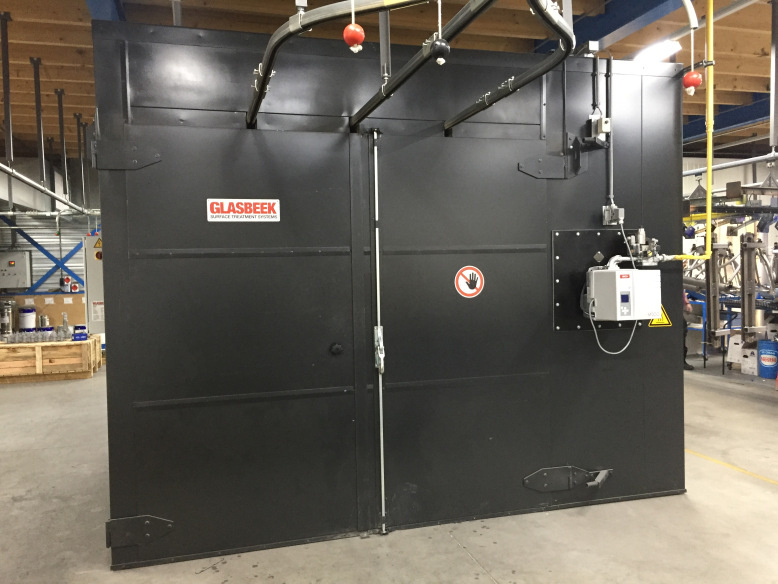 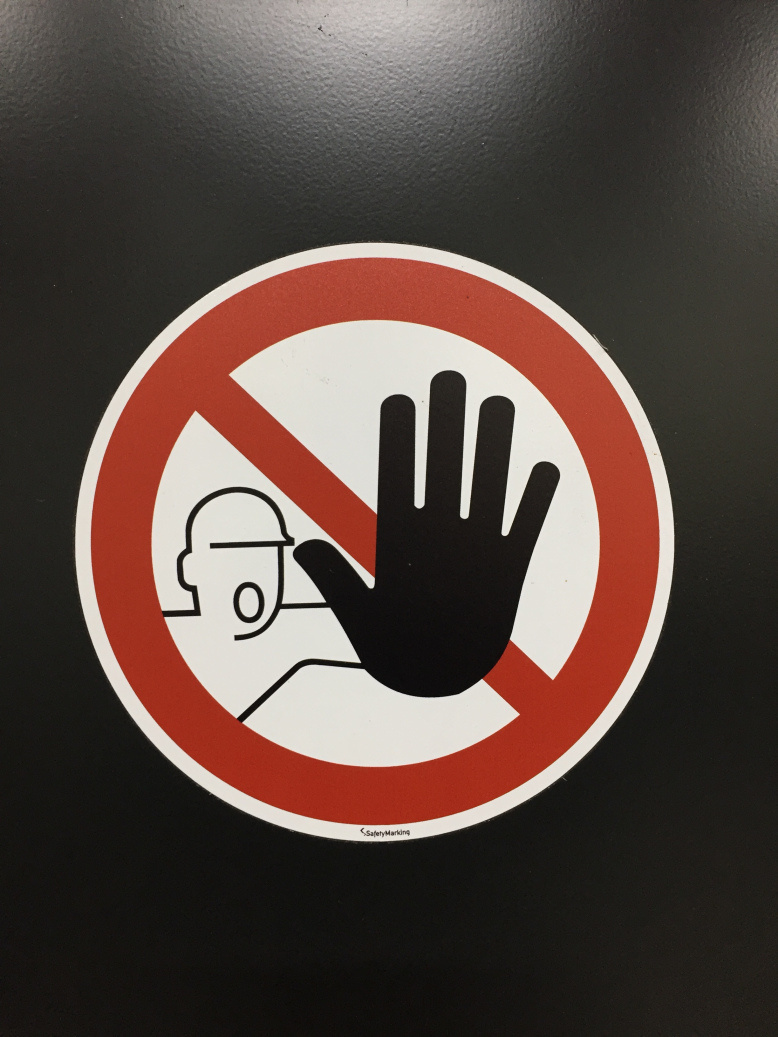 Then marvel at the beautiful powder coating 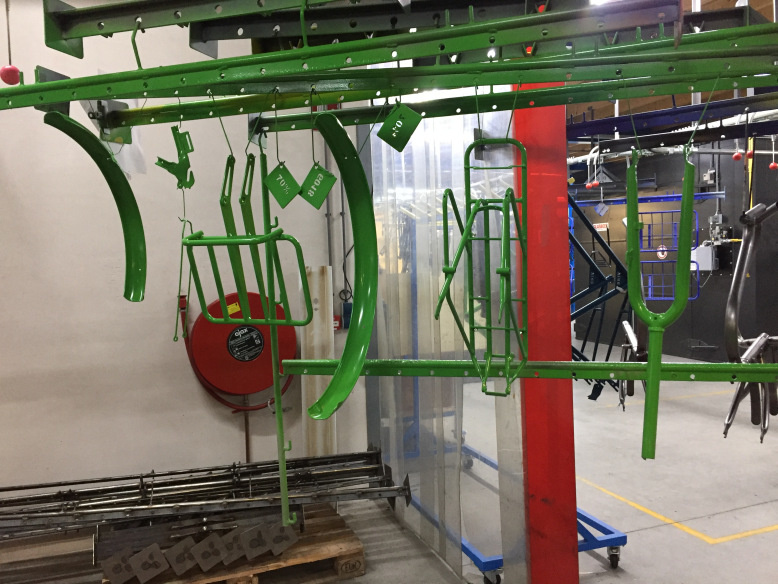 Thank you Richard for making the trip to Nijland with me and giving me the grand tour. It was a real eye opening experience.

After lunch, Richard and I parted ways and I raced off to the Raalte train station. Here’s a little video of my ride, if I sound a little winded, I was in a rush to catch that train.

Where was I heading that afternoon? Well you’ll have to stay tuned to find out!