Even MORE details, arguments, and getting-red-in-the-face regarding the proposed Illinois Transportation Lockbox Amendment 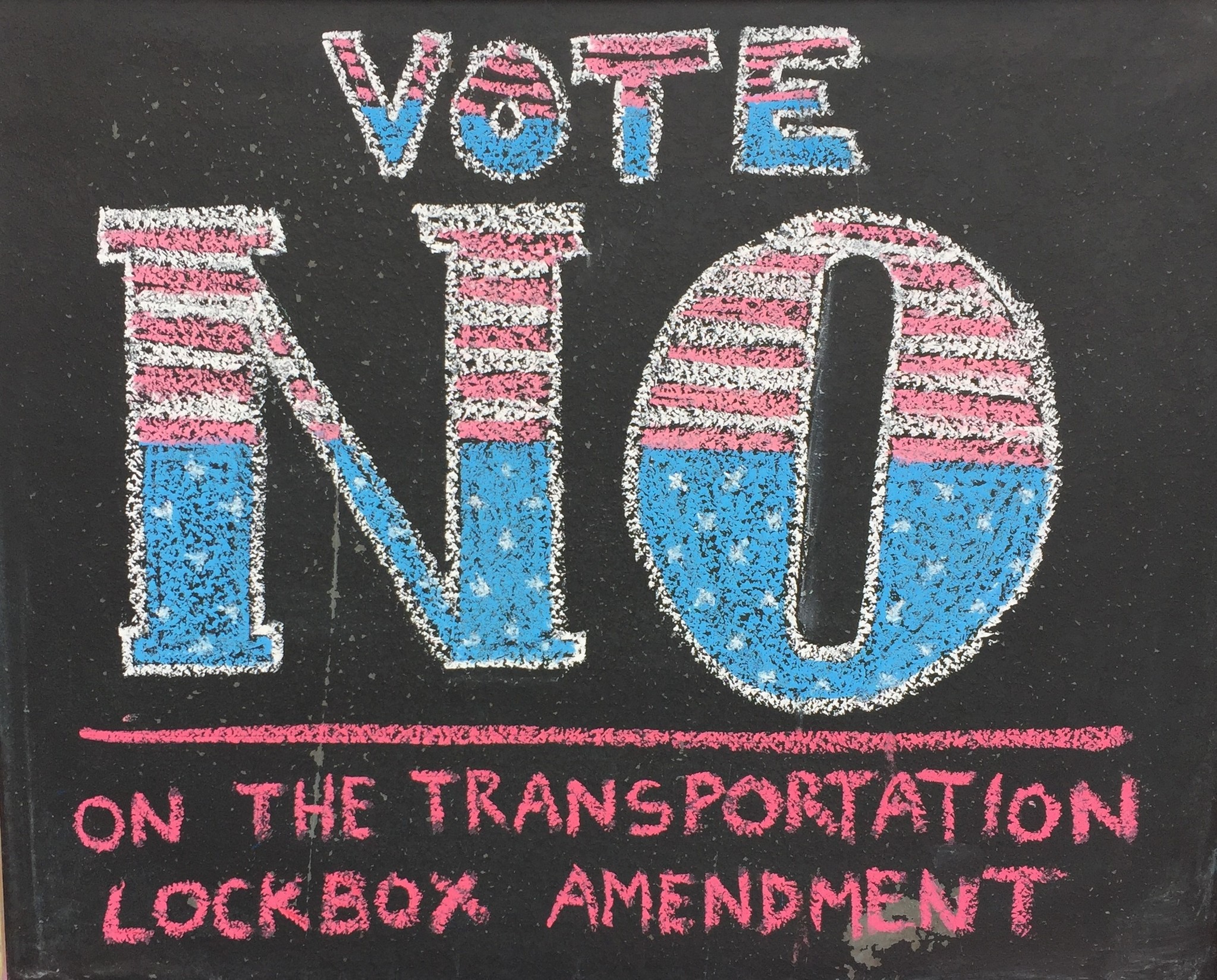 We've had a pretty good response to my article decrying the transportation lockbox amendment. Some folks have shared it, some folks have liked it, and plenty of others I'm sure have lambasted it, although not publicly, but maybe that's good, I can be sensitive, after all. Or maybe my arguments are irrefutable, who knows? But I think I need to revisit this issue, one more time before next Tuesday.

If you're still on the fence about this, or thinking of voting for it, I implore you to read this very thorough analysis of what would happen if the amendment passes. I will reference a few of the points contained therein. http://harris.uchicago.edu/sites/default/files/CMFComment_LockboxAmendment.pdf

I'm really concerned. Seriously, I know this isn't (for once) the Presidential election I am harping over, but I am truly worried this lazily written amendment might pass because people are voting out of fear that their roads and bridges are going to collapse. Let me say this simply: this lockbox amendment is not going to increase any revenue. It is going to shift revenue dollars around, and there will be a few consequences:

1) There will be budgetary shortfalls in many other areas which derive funding from transportation sources. Consider that education scholarships are provided to the spouses and children of firefighters killed in the line of duty and that those scholarships are paid for through the sale of commemorative firefighter license plates. Under this lockbox, the revenue generated from the sale of those plates will be considered "transportation revenue" and therefore to be used only for a transportation related expense, leaving the dependents of deceased firefighters to look elsewhere in the state's budget for money. It's probably (comparatively) a small amount of money, money that matters a great deal to a comparatively small group of people. But imagine a hundred such examples and you'll begin to recognize just how the vagueness of the amendment is a major problem that will detrimentally impact the majority of Illinoisans.

2) The courts are going to be clogged full of cases and lawsuits hell-bent on defining whether or not something is "money... derived from taxes, fees, excises, or license taxes relating to transportation." Is revenue from parking meters transportation revenue? Is health insurance for mass transit employees a transportation expense? The amendment doesn't make these distinctions clear. That leaves our lawmakers the troubling task of arguing about it (our favorite thing for them to do)! But really, it will be up to the courts to decide what's Constitutional in the ensuing, needless legal battles that waste more time and money. This amendment is going to actually make our government less efficient.

3) Local municipalities throughout the state currently have the flexibility to use funding from transportation revenues for non-transportation related expenses. If this amendment passes it will snatch up that revenue, Sheriff of Nottingham-style, and dictate that it must be used on transportation expenses. This would require basically every municipality in the state to retool its budget accordingly. Not only is it presumptuous to assume the state knows best how to allocate funds for Chicago, Springfield, Galena, or Effingham, it's pure government overreach, plain and simple.

I hate to play this card, but this kind of overreaching federal power is what we fought a revolution against around 240 years ago. Around 229 years ago, when that war was won and the U.S.A. was born, we drafted a Constitution that included checks and balances to prevent the rise of a powerful federal government. We gave individual states rights, and we gave the cities and towns a level of autonomy under the states. Well, here we are in 2016 and this amendment is seeking to tell hundreds of local governments, large and small, how to distribute their revenue, and that is not only inefficient, but it's treading on a slippery slope of giving too much power to the state Constitution. Vote no on the transportation lockbox amendment, it's the most patriotic thing you can do this November.