I was recently at a friend's house and saw an official (and boring)-looking pamphlet on their table that read PROPOSED AMENDMENT TO THE ILLINOIS CONSTITUTION on its cover. The title did little to pique my interest, but as a concerned and active citizen, I reluctantly resolved that it was my duty to look into it when I got home. Another day went by before I got around to it (okay, a few days, but who's counting?), and now I wish I'd learned of it much sooner. 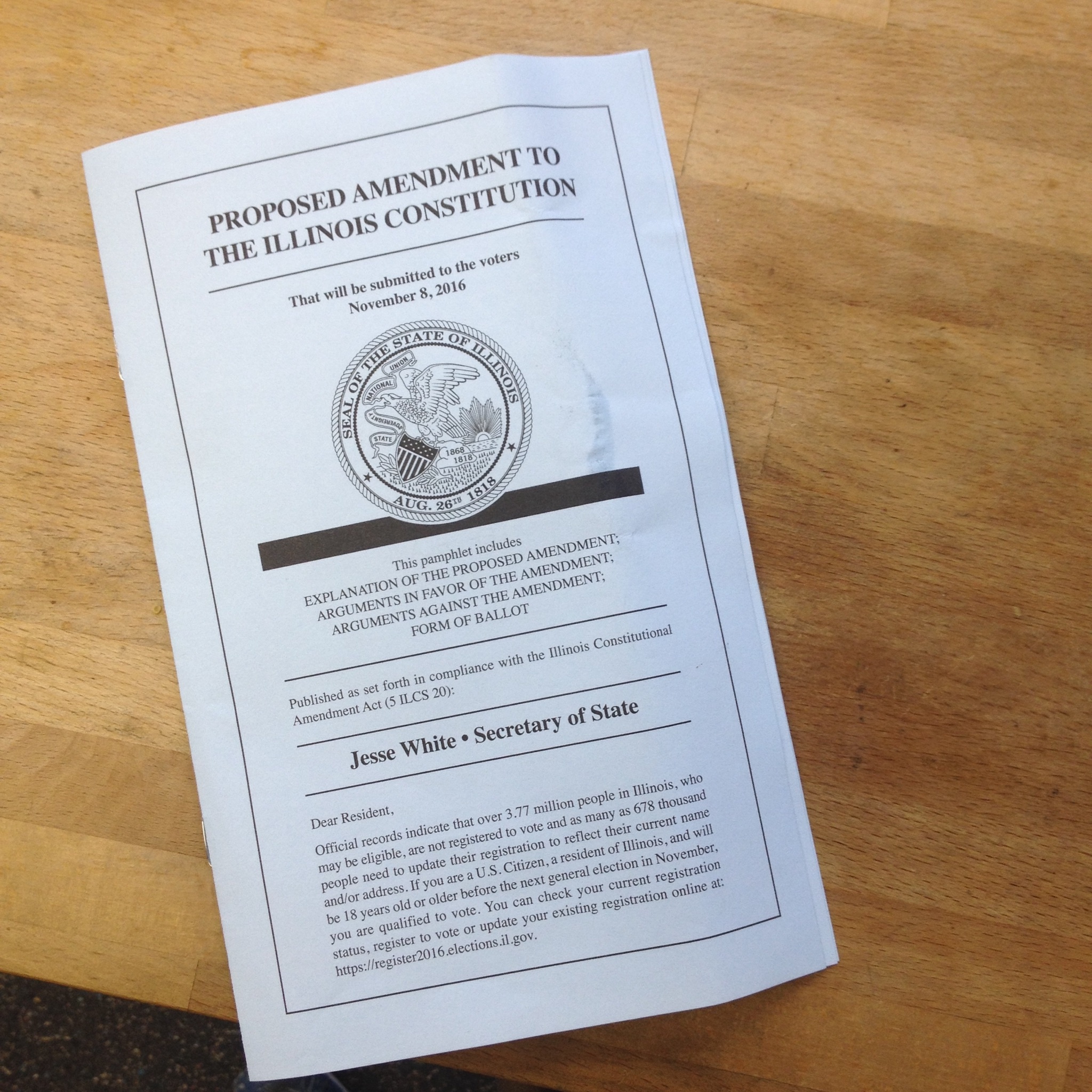 And what is it exactly that the amendment is trying to get done? The amendment proposes to reserve money generated from transportation sources--like taxes on fuel, licensing of vehicles, and tolls--to be used only for transportation projects--like maintenance and construction of highways, bridges, roads, mass transit, and "other forms of transportation." Sounds pretty reasonable, right? But let's dissect it a little bit.

This "lockbox" type amendment for transportation has been passed in three other places: Wisconsin, Maryland, and California. However, all three of those states included a "release valve" that allows the lockbox to be opened for emergency scenarios (like Polar Vortexes or floods or your classic Illinois Budget Crisis). The greatest need during a major crisis like a rash of tornadoes storming through rural Illinois is not going to be highway improvements, but social services like healthcare, schools, and housing. In such a case, we'd need a source of emergency money to appear out of nowhere to meet those needs, and this proposed amendment will only make funds less available. The poor design of this amendment is intentional, too, so that the highway and road lobby, big oil, and auto lobby will all continue to gain from investments in transportation infrastructure that will never be tampered with because the funds have been promised to them forever more. 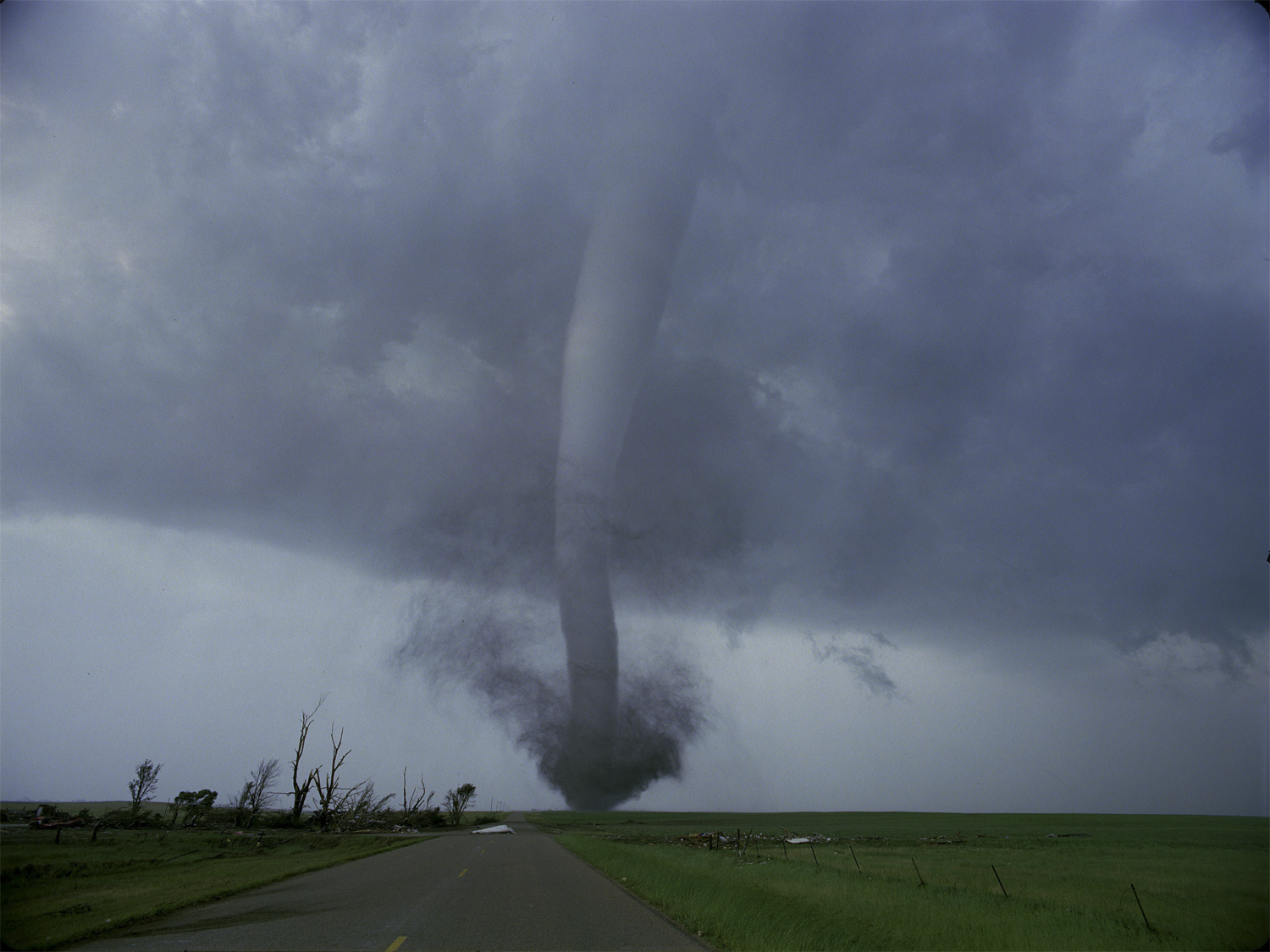 AAAAAAHHH! A tornado! Too bad we can't deliver any aid to this community becasue they're widening the expressway. (Image source: CBS Minnesota)

Furthermore, the language of the amendment is too unspecific. It doesn't clarify whether planning or feasibility research would be included in the transportation costs covered by the amendment. Nor does it clarify whether comprehensive regional planning would be included in the amendment, or just project-level engineering studies. What does that even mean, you ask? It means our lawmakers are going to have plenty to argue about and nit-pick over (something this amendment is designed to avoid in the first place!). This hasty, knee-jerk reaction to a real need for transportation funds is trying to solve an important problem, but it is nevertheless a hasty, knee-jerk reaction.

But, all of this, while hopefully informative, does nothing to address the title and likely reason you clicked on this article . You want to know how this amendment might affect cyclists. Well, the best answer I can give is this: look at history. If it's not explicitly pro-bicycling, it's only reinforcing the status quo, and for those of us on two wheels, that has never been good enough. Nowhere in this amendment's language are bicycling or walking even mentioned, and the "other forms of transportation" clause is the kind of slight that only bicyclists, the Professor, and Mary-Ann can really appreciate.

What's this "and the rest" crap?! (Image source: Huffington Post)

It's not really what is said in the amendment that's so problematic, but what isn't said. For example, so many local bicycling transit improvements are really apart of more general livability improvements. Consider a rail-trail conversion into a multi-use path. Such a project would need funds to buy the land to build it, funding to install landscaping, and might include something like a playground as well. In other words, it's a project that tangibly improves bicycling (transportation) infrastructure, but so many of its component parts are non-transportation related.  None of those funding needs are provided for (or mentioned) in the amendment. If the amendment were more thorough, it could clarify that such projects would be approved for funding based on line items (paving the bike trail: approved, building the playground: not approved, get funding from elsewhere). But the amendment omits any specifics like this. Does that mean such a project would not be eligible for any money from the transportation lockbox? I fear that is what awaits us if it passes on November 8.

It's as if the amendment's designers didn't think about the nuanced issues that might arise by not answering those questions about bike or transit infrastructure. It's almost as if the amendment's designers made an amendment that implicitly says "give us money to build roads and highways." (Spoiler alert: THEY DID). The worst part of this whole a-mess-ment proposal (see what I did there? Ha ha) is that it is not exactly future-proof. It just doesn't allow for making changes down the road. What if Apple invents site to site teleportation in five years? Will that be included under "other forms of transportation?" Or would it be a commercial type facility? Having this funding lockbox as a permanent feature of the state constitution doesn't exactly make it adaptable going forward. 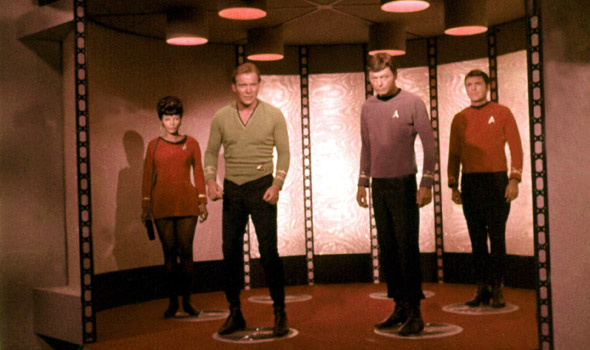 Even though highways were by then completely obsolete in the Star Trek universe, they continued to dole out money to repair them because their Constitution told them they had to. (Image source: Low Down Blog)

If you ride your bike, you're probably used to being marginalized (literally, having to ride on the margin of the road). This amendment does little to change that. It's true, in Illinois, bicycles were recently bestowed with the honor of being considered "vehicles". But does that mean that the newly reserved (under the transportation amendment) sources of transportation funding are going to be funneled into protected bike lanes and bike-specific signals? Doubtful. Why? The big-money powers-that-be in the transportation world are still the auto lobby, the highway lobby, and big oil, which means we're still competing with them for whatever funds are out there.

Unless promises are made in legislation to specifically give funds to bicycling-centric projects, our advocates at city halls and state capitols are still fighting the same-old uphill battle we've always fought (an uphill battle against the wind, in the rain, with mosquitoes all over the place, cars and trucks flying past us with only inches of clearance, and on a glass-shard-littered, meager, three inch wide shoulder). It's crazy how that isn't even a metaphor. We are ever the underdogs of receiving funding from governments; don't imagine for a second we won't have to fight for every cent we need just because of this transportation amendment. 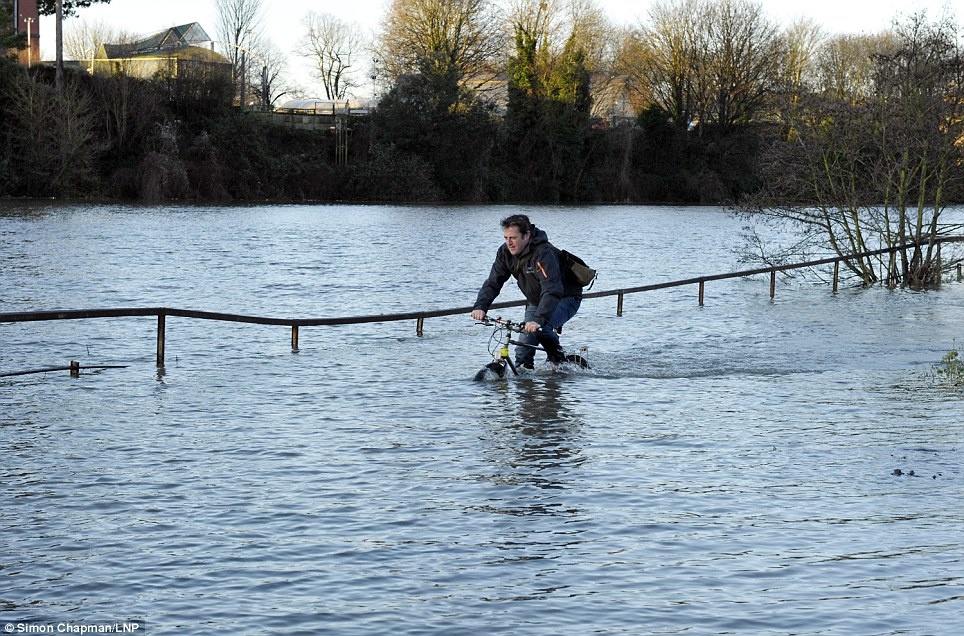 But I thought we had a guaranteed source of funding for bike infrastructure! (Image source: Daily Mail)

I was moving to Saint Paul in 2007 when the 35W bridge collapsed and I learned in horrifying fashion thereafter the importance of not ignoring the needs of road and highway maintenance. But for every 35W there are dozens of highway and road widenings and resurfacing projects and twenty ignored proposals for bicycling facilities like signals and protected lanes. Want to know why we constantly need funding to repair our ever-dilapidated highways and roadways? Because we prioritize cars and trucks as transport options even when cars and trucks happen to be the biggest reasons for roadway damage. So we tax fuel and charge for licensing of them so we can afford to fix and widen roads to accommodate more of the very vehicles that damage the roads in the first place, and so on and so forth. It's a vicious positive feedback loop that begets more spending waste and excess pollution.

What we need from our elected officials is not a binding amendment that dictates where we get our transportation funds from, but rather, an agenda that prioritizes bicycling infrastructure in equal measure alongside mass transit, livability improvements, and yes, highways, roads, and bridges. This amendment will not do those things (a similar one might, if it had more specific language and input from groups other than road builders). Vote no. Otherwise I'll have a big "I told you so" waiting for you in a few years.