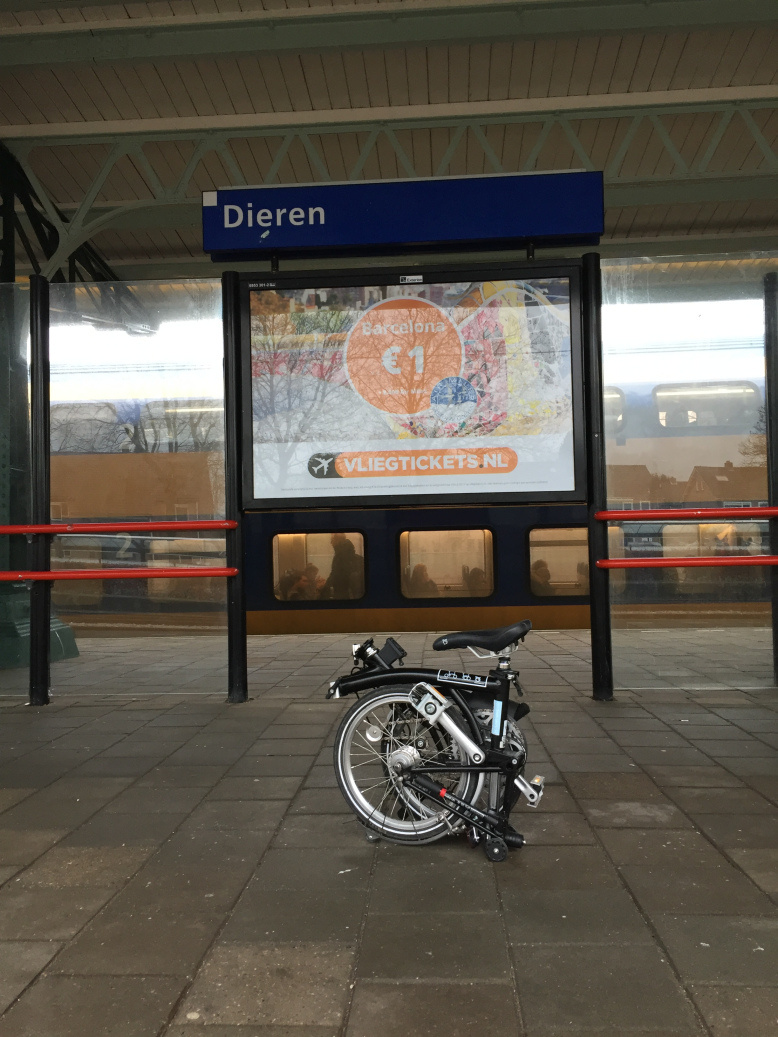 After an enjoyable morning visit with Ronald Onderwater in Bruekelen, I was back on the train on may way to the town of Dieren to visit the Gazelle Rijwielfabriek (‘Rijwiel’ being the old fashioned Dutch term for bicycle and ‘Fabriek’ factory). It’s funny, when I originally scheduled all these visits I didn’t make the connection that I was starting my day at what is essentially a one man bike company and ending it at the largest bike factory in the country. 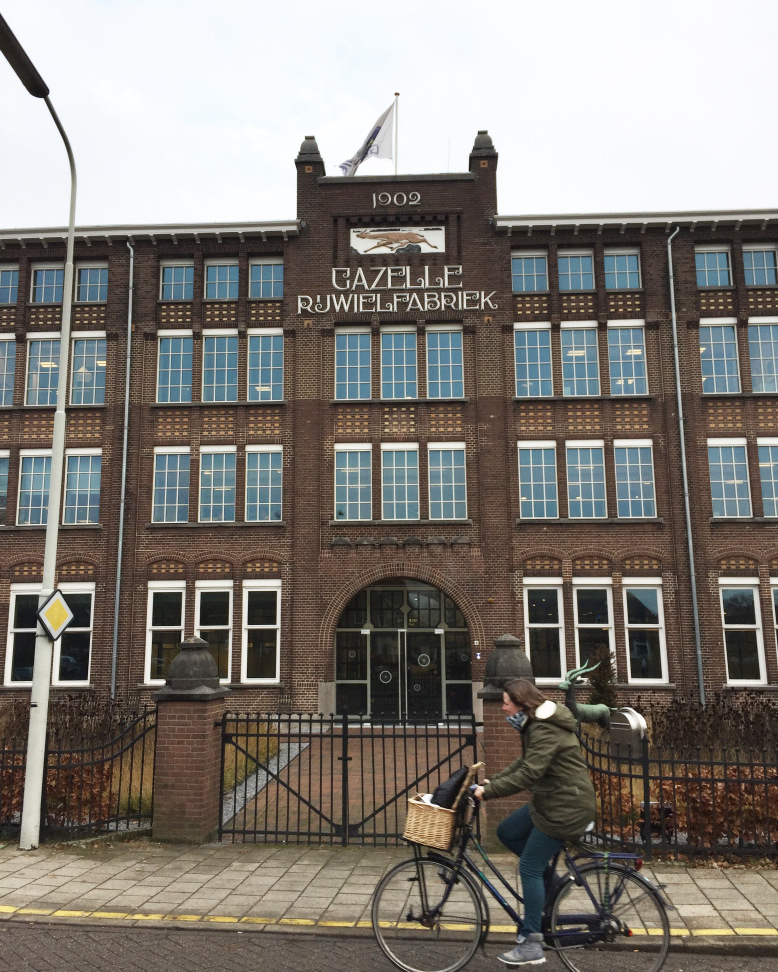 We’ve been a Gazelle dealer for six years, making them one of the longest running brands we’ve ever carried at The Shop. Lucky for us, there has always been a US distributor for Gazelle. This is something we don’t take for granted, as it saves us a lot of heavy lifting compared to having to import them ourselves from Europe.

The factory is only a block or so from the Dieren train station. Approaching it by bicycle from the station, it was a cool, almost cinematic experience as I rounded the corner and the whole campus came into view. To see how well-maintained the original brick facade is and the original sign, was a rare and special sight; it would be as if Schwinn was still around, still making bikes, and had a historic and well-maintained facility in the city of Chicago. I recommend playing around with the google street view above to get a good glimpse of the outside. Be sure to scroll left to check out the newer parts of the factory as well. 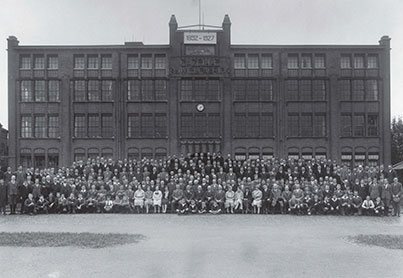 The original facade is incredibly well preserved and what was once a factory behind those walls is now their office spaces with most of the factory now set up in new annexes to the original building. 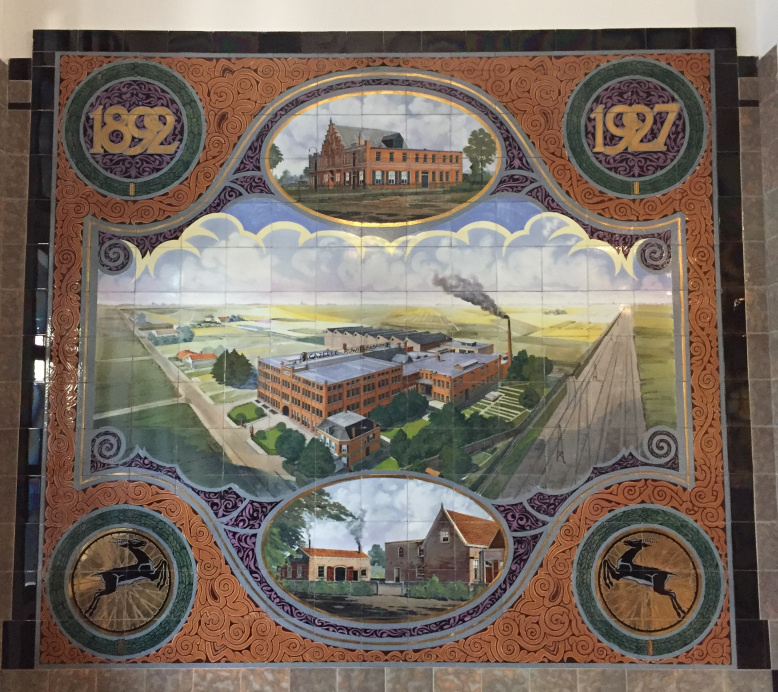 Some of the beautiful tiles that greet you as you enter the front door of the factory. 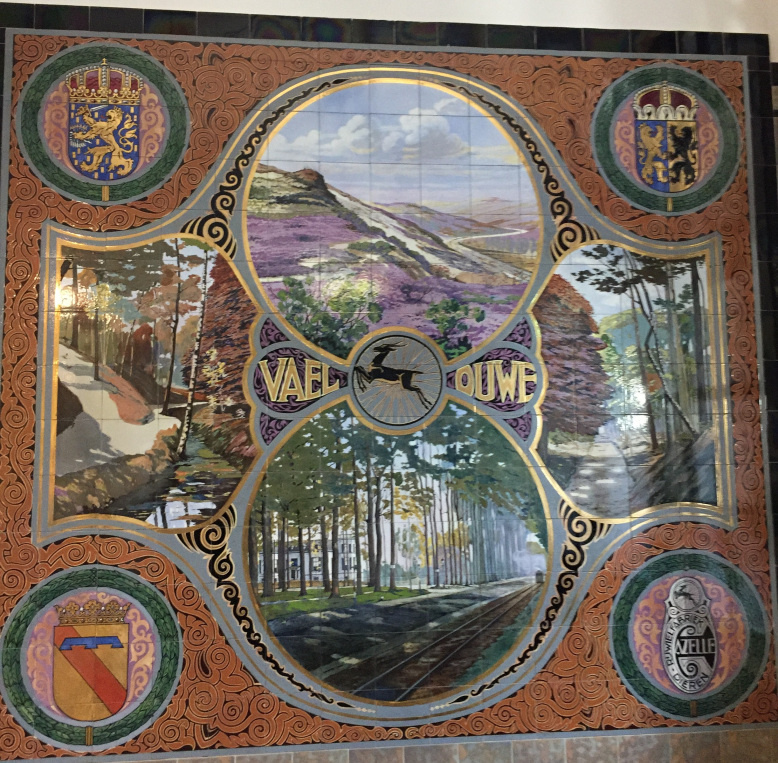 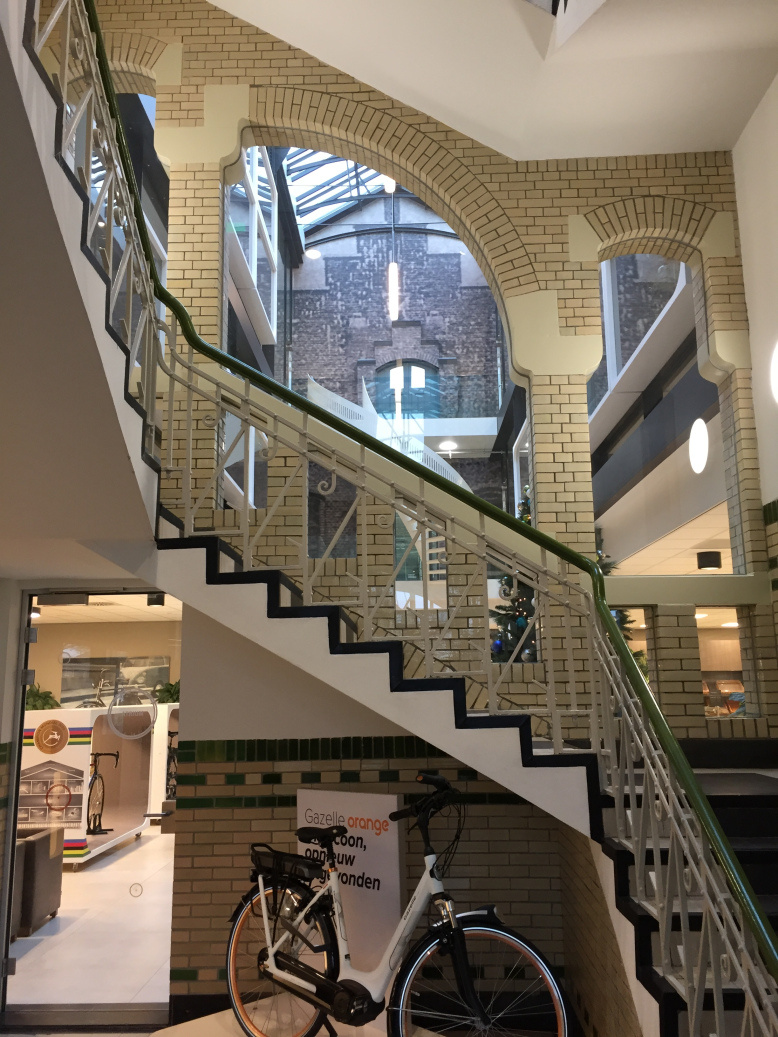 This is the reception area right as you enter. It’s just amazing how much of the original building they preserved and incorporated into the new functional space. 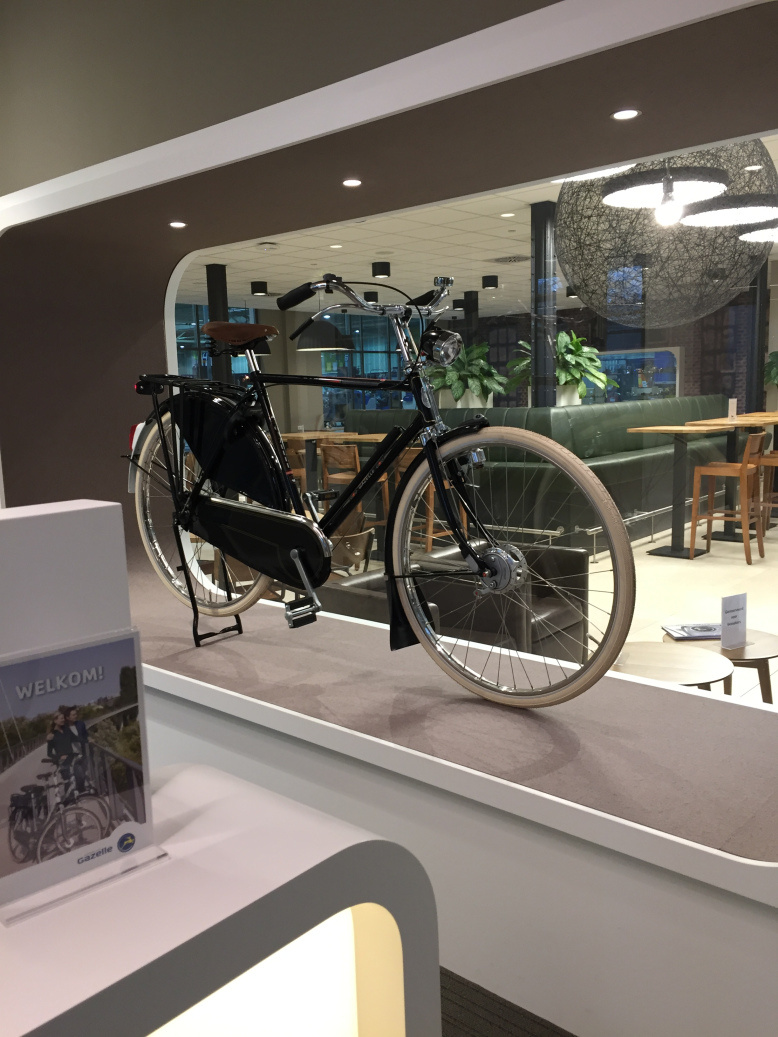 Nice to see a Tour Populair proudly on display next to the reception desk. That is the employee cafeteria in the background. 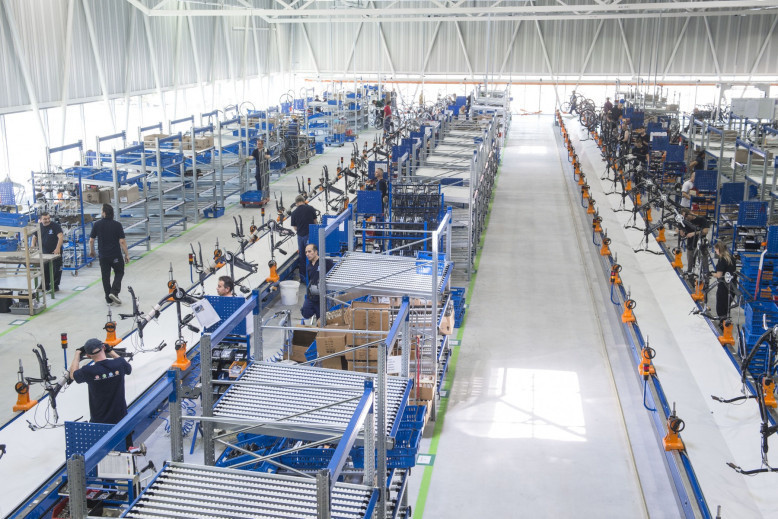 Here’s a birds eye view of the brand new assembly lines. For more of a complete inside tour of the factory, check out the videos here on the Gazelle website. 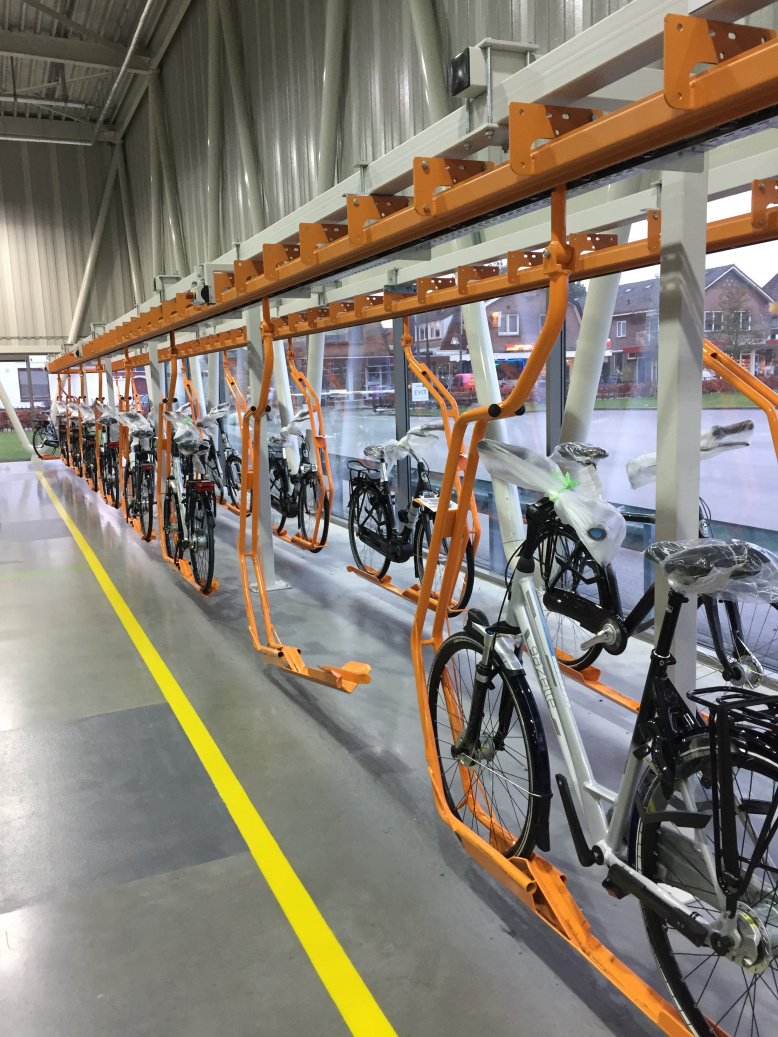 Love this conveyor belt they have.

Here’s a brief look at the genesis of Gazelle from this Sheldon Brown-esque website about Dutch Bikes, Rijwiel.net, created by Herbert Kuner.

1892: Willem Kölling, working as a post office agent in the Dutch village of Dieren, resigns and starts a bicycle trade by ordering one bike in England. His trade expands prosperously. Kölling starts a co-operation with the hardware and stove retailer Rudolf Arentzen from Dieren.

1902: Arentzen and Kölling buy new premises at the site of the present factory, and start the production of bicycles. In the same year, the first complete, Gazelle branded bicycle is sold.

Fast forward to 2011; Gazelle was purchased by Pon Holdings BV, who invested heavily in updating, expanding and improving the factory. The ‘new’ factory was officially unveiled in 2015. 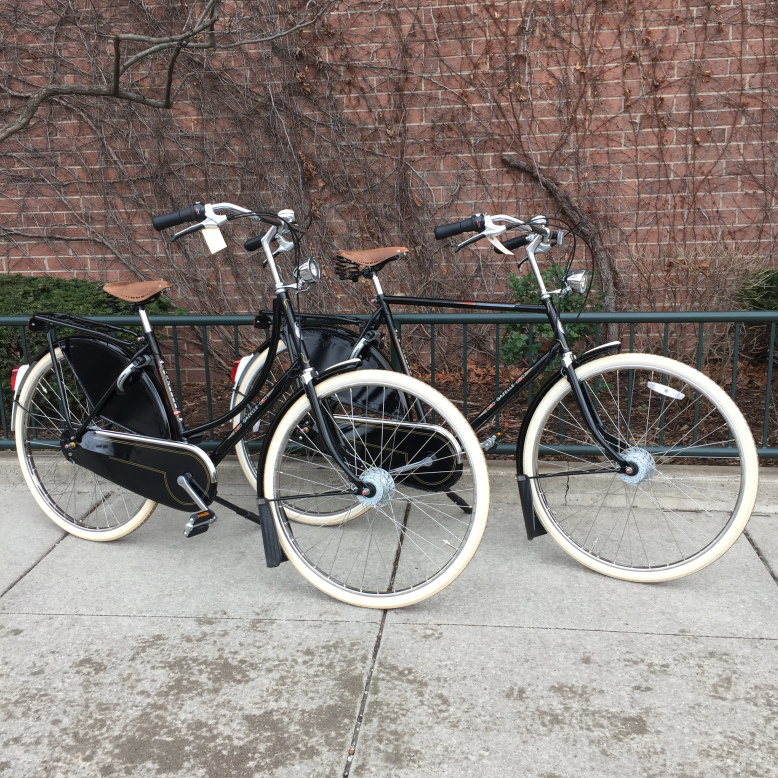 Gazelle is a large scale manufacturer with a dizzying array of bicycle models. We, by comparison, are an independent bike shop that is all about Genuine Dutch Transport. The Tour Populair is the Original Dutch Transport. Much like the preserved facade of the factory, the Tour Populair is what makes Gazelle an iconic Dutch brand. They are both examples of Gazelle building off of its past, not tearing it down.

At the time of writing, we have a healthy inventory of frame sizes in both the step through and step over Tour Populair.

Thank you to Ewoud who gave me a complete tour of the entire place. After finishing up at Gazelle, it was back to the train station and from there back to Amsterdam. During the first transfer in Arnhem I could sort of make out the announcement in Dutch that the train would not be going anywhere. This was confirmed by the frustrated faces on all the passengers as they got up and exited the train. Long story short, my perfect unblemished record of train travel the past three days was over. 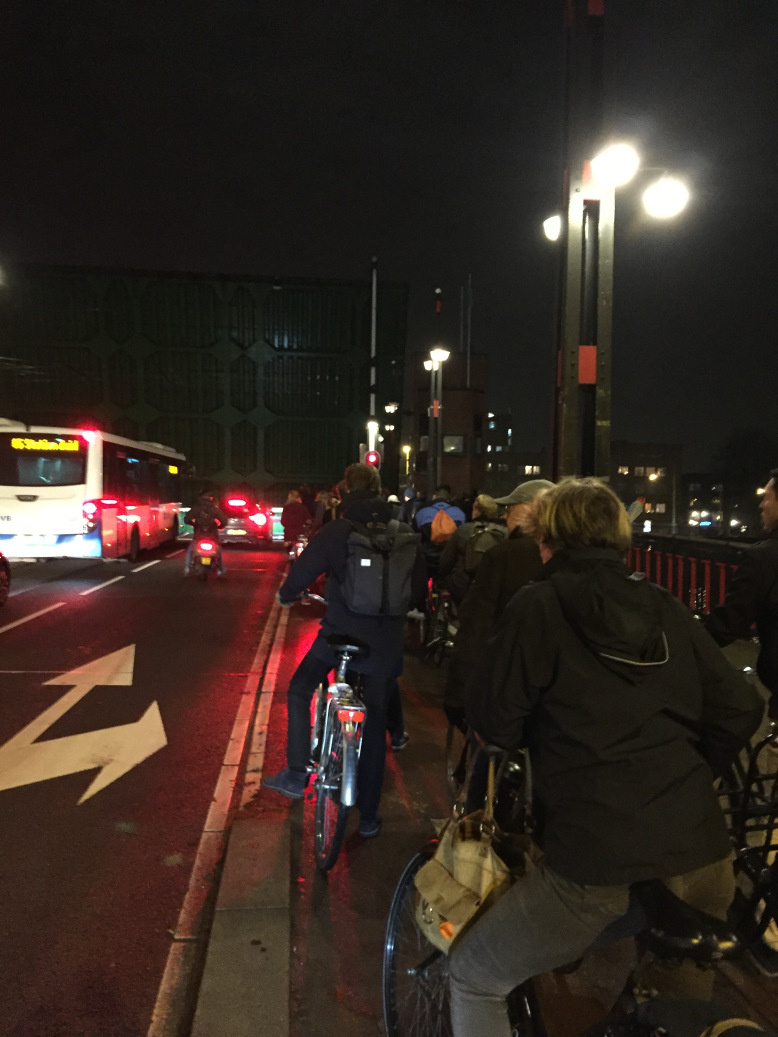 Biking in Amsterdam during rush hour. If it’s not on your bucket list it should be.

My train being cancelled turned out to have a silver lining. Because of it, I ended up re-routing my trip to Amstelstation instead of Amsterdam RAI. This meant I had about a 2 mile bike ride in the thick of Amsterdam rush hour. I was exhilarated by the energy of being a member of this steady stream of bikes and people, seemingly without end, both in front and behind me.

Next up on the tour I will meet with somebody whose bikes I’ve only been able to admire online until now. Stay tuned to find out who.