Guess what?! We just turned 10 today! Yep, on January 24, 2008 I imported our first two Dutch bikes to Chicago by flying home with them as checked luggage on a flight from Amsterdam.

When I flew to Amsterdam my plan was to formalize the business relationship with my supplier, De Fietsfabriek, and to place an order for an initial shipment of bikes. With little convincing needed they talked me into taking a few bikes home with me on my return flight.

My initial thought was, "yikes these bikes are big and heavy, how the heck is that going to be possible?!" Especially when one of the bikes was a two wheel Bakfiets cargo bike that is over 8 feet long. The idea seemed pretty crazy, but so was walking away from a steady paycheck to start selling Dutch bikes in Chicago, so clearly I was up for it.

The afternoon before the flight, I visited the De Fietsfabriek assembly warehouse to check in on the bikes. I wanted to see how they were packed to get an idea of dimensions and also get a sense of how I was going to lug them around to and from the airports. 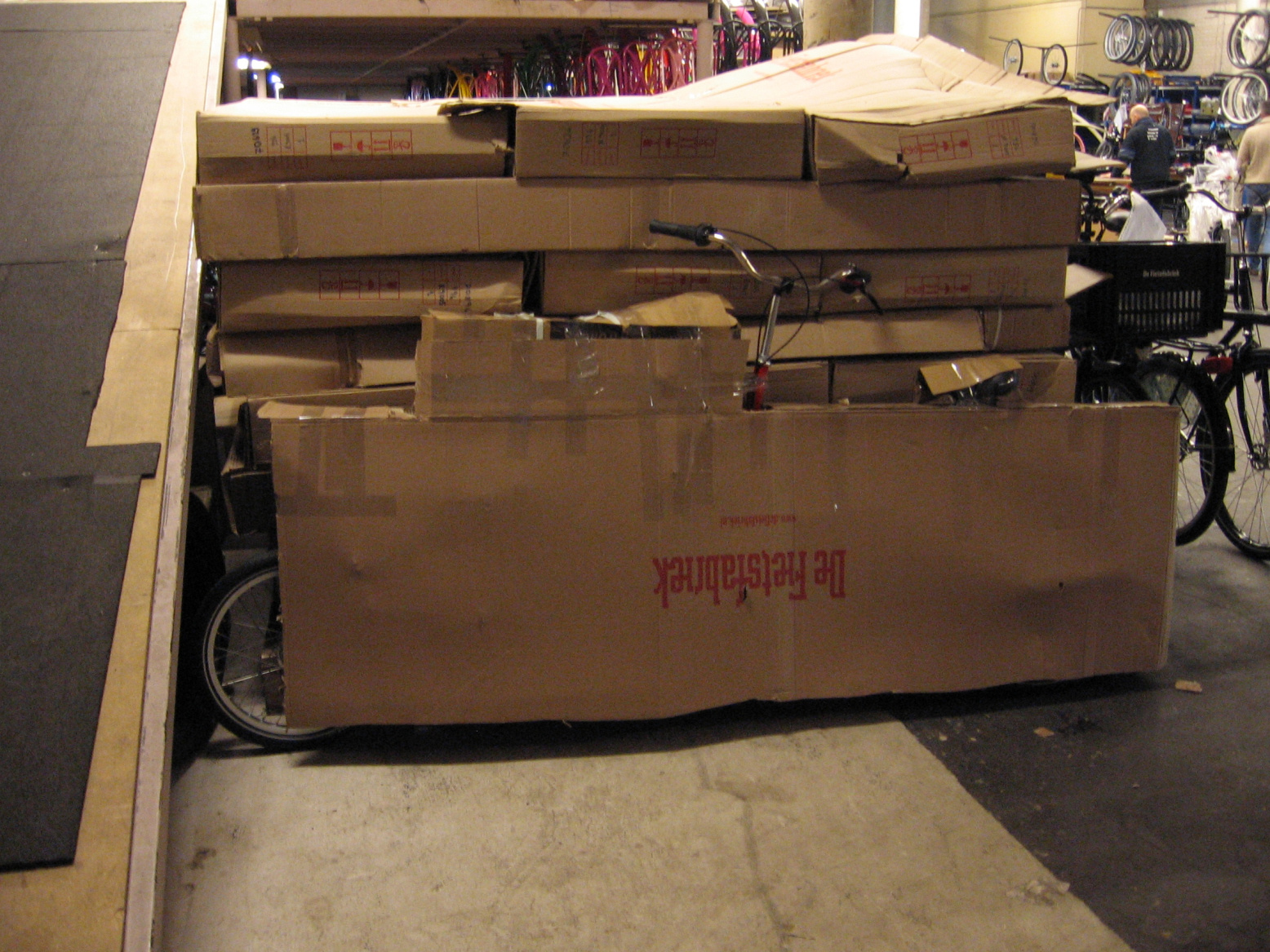 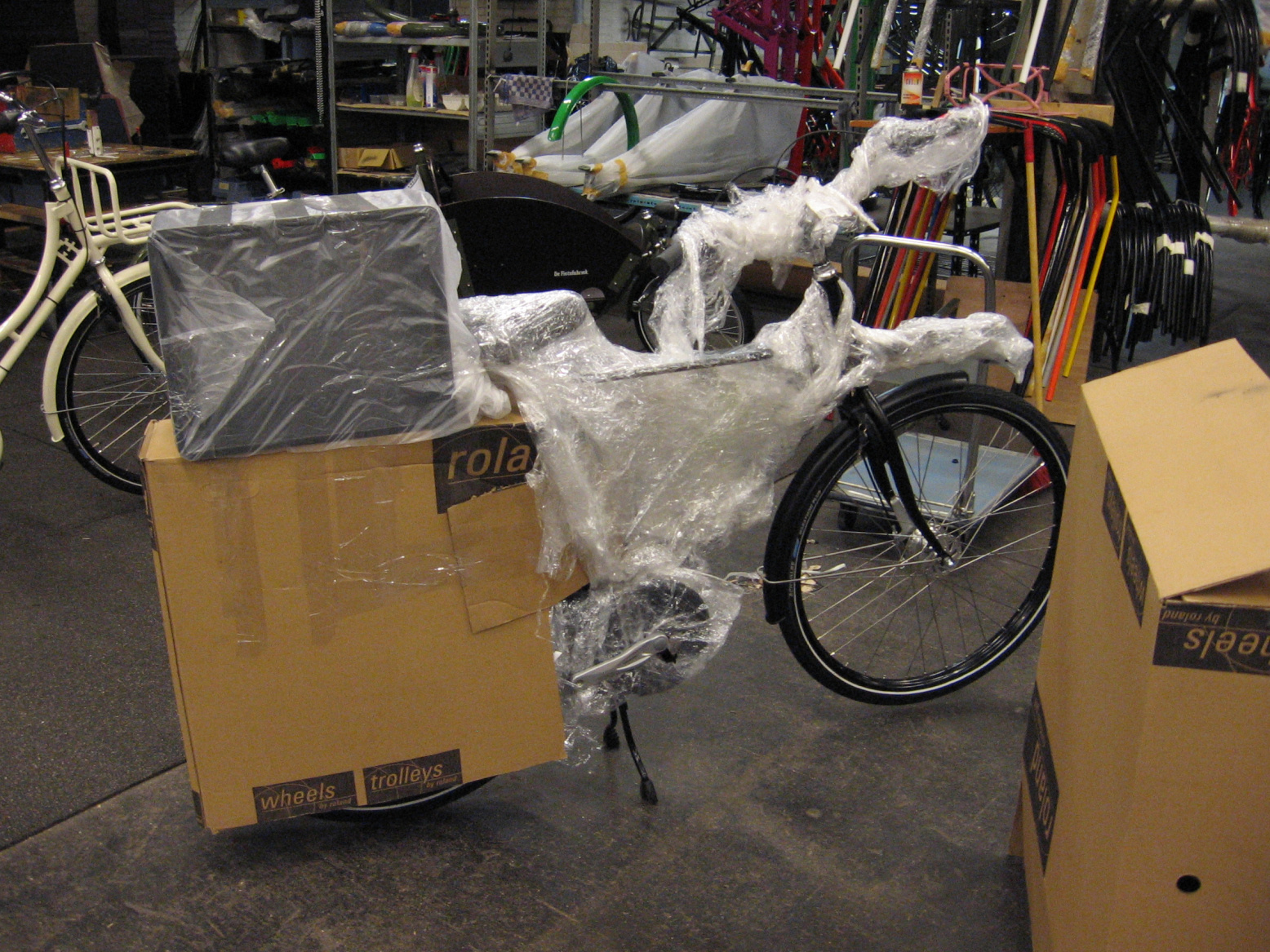 That night I called United Airlines to get their two cents on the matter. I actually called United three different times that night and got three completely different replies ranging from "no way no how" to "yes, but for a reasonable fee" to "yes, and the fee is really expensive."

So I set out for the airport the next morning prepared to accept whatever fate was dealt to me when I got there. One of the owners from De Fietsfabriek gave me a lift to the airport with their van and helped with getting the bikes into the terminal. 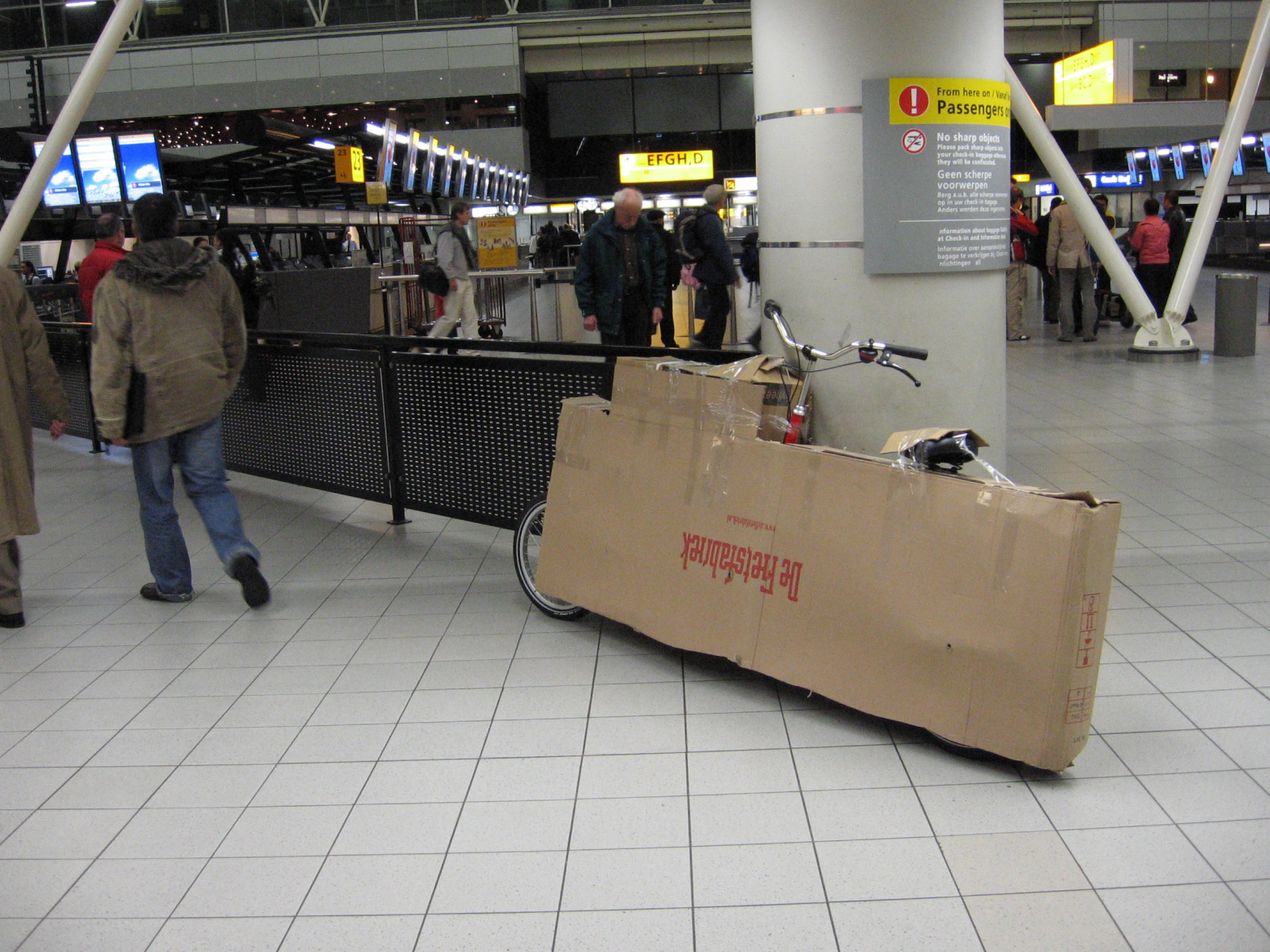 I arrived three hours early for my flight. Before I could get up to the counter my phone rang and it was an automated call from United informing me that the flight was cancelled. The flight pattern at the time was Denver to Chicago to Amsterdam and the plane never left Denver due to a mechanical issue.

My reaction was surprisingly calm. It was the first time I’d ever had a flight cancelled so I didn’t know what normally happens next. In my mind I figured I’d simply have to find a way to get picked up with the bikes and then come back tomorrow to try it once again.

When I got to the counter they said not to worry, that I was being booked on another flight that will get me to Chicago connecting via Washington D.C. I knew right away that was not going to work. I didn’t even know yet if they would load the bikes onto the flight from Amsterdam. And I was pretty certain the chances of the bikes getting offloaded in DC and then loaded onto a smaller plane for the last leg to Chicago were slim to none.

So I pleaded my case with them and they obliged my request for a direct flight and got me on one with KLM. My relief was short lived as the next hurdle suddenly appeared- The KLM scheduled flight time was an hour earlier than my United flight and KLM was in a different terminal.

Determined to make it. I started the shuffle, moving my luggage plus one bike up 30 feet, then going back for the second bike to move that up 30 feet then repeat… That’s when a couple of extremely sweet good Samaritans saw the rigmarole I was doing and jumped in to help me get the bikes to the KLM terminal.

The ticketing agent at KLM was super helpful and somewhat excited to hear I was bringing two of the most quintessentially Dutch souvenirs home with me. I was then directed to bring the bikes to the odd-size baggage counter. Once I got there they told me that they needed to confer with the actual folks who would be doing the loading to see if they could make it on the plane or not. I remember standing off a few feet in the background while a handful of stocky guys stood in a circle and argued back and forth in Dutch for at least a minute or two about the bikes. 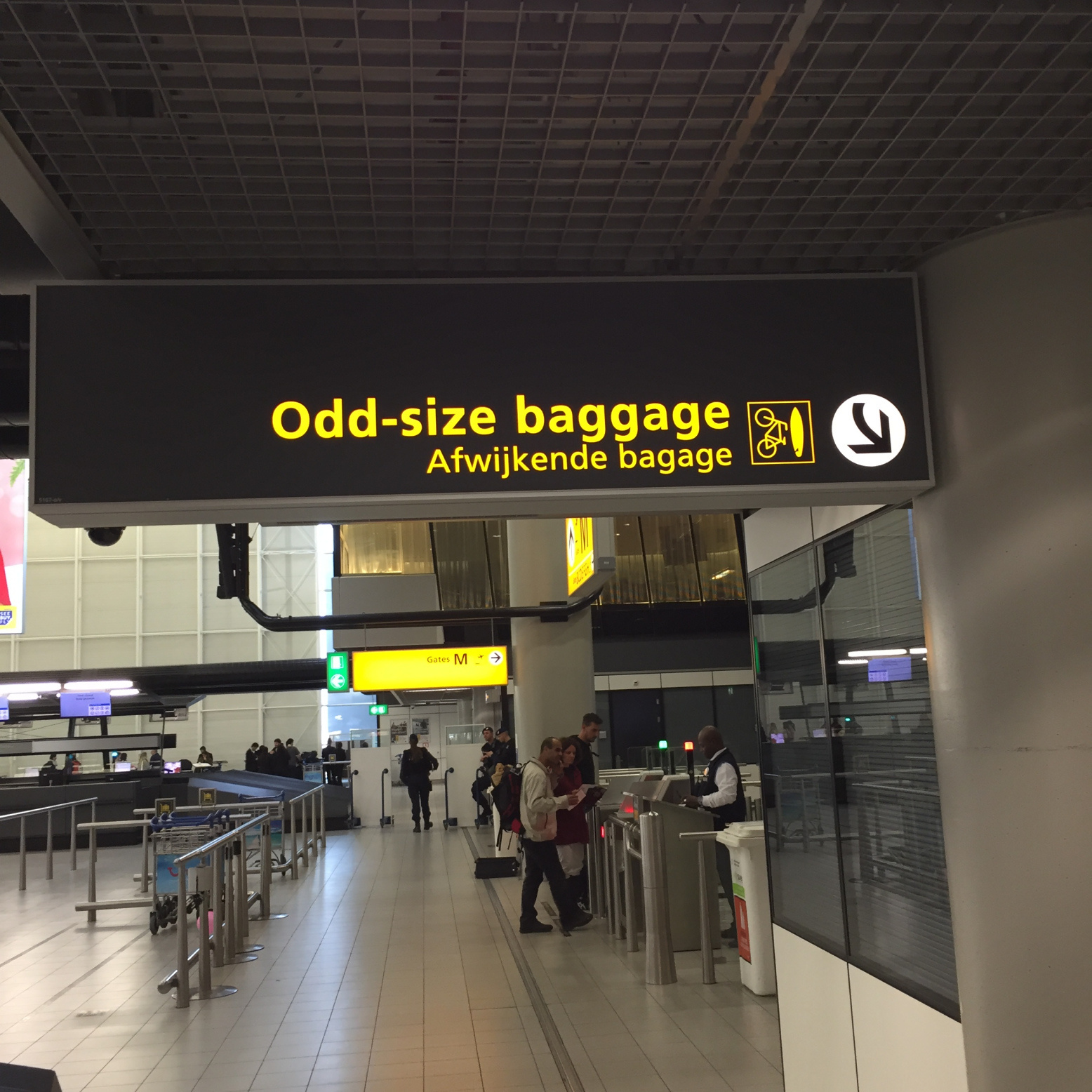 This was the moment of truth. My mind was racing as I stood there trying to figure out what I was going to do if they said no. I’d certainly miss my flight and have to find a cargo carrier to package and transport the bikes which I figured was going to cost more than the bikes themselves. Just then, one of the guys arguing threw his hands up and then down to his side and accepted defeat and walked away and another one of them walked up to me and said they would take them.

Both confused and incredibly relieved I then went back to the odd-size baggage counter to pay the extra baggage fees. I think it was around 140 Euro per bike which felt like a bargain after everything I had been through up to that point.

The fun wasn’t over yet--I still had a flight to catch! I headed directly to my gate. I don’t recall if it’s always this way at Schiphol Airport, but I remember that day the set up was such that you get checked into your flight at the gate and then wait in a little holding area next to the door to the jetway prior to boarding the plane.

After checking in at the gate I put my headphones on and tried my best to relax while looking out the window to see if I could catch a glimpse of the bikes being loaded onto the plane. We were there for a good 30 minutes or more in this holding area and just barely over the sound of the music in my ears I hear my name being called out over the intercom with a request to come to the counter at the gate. 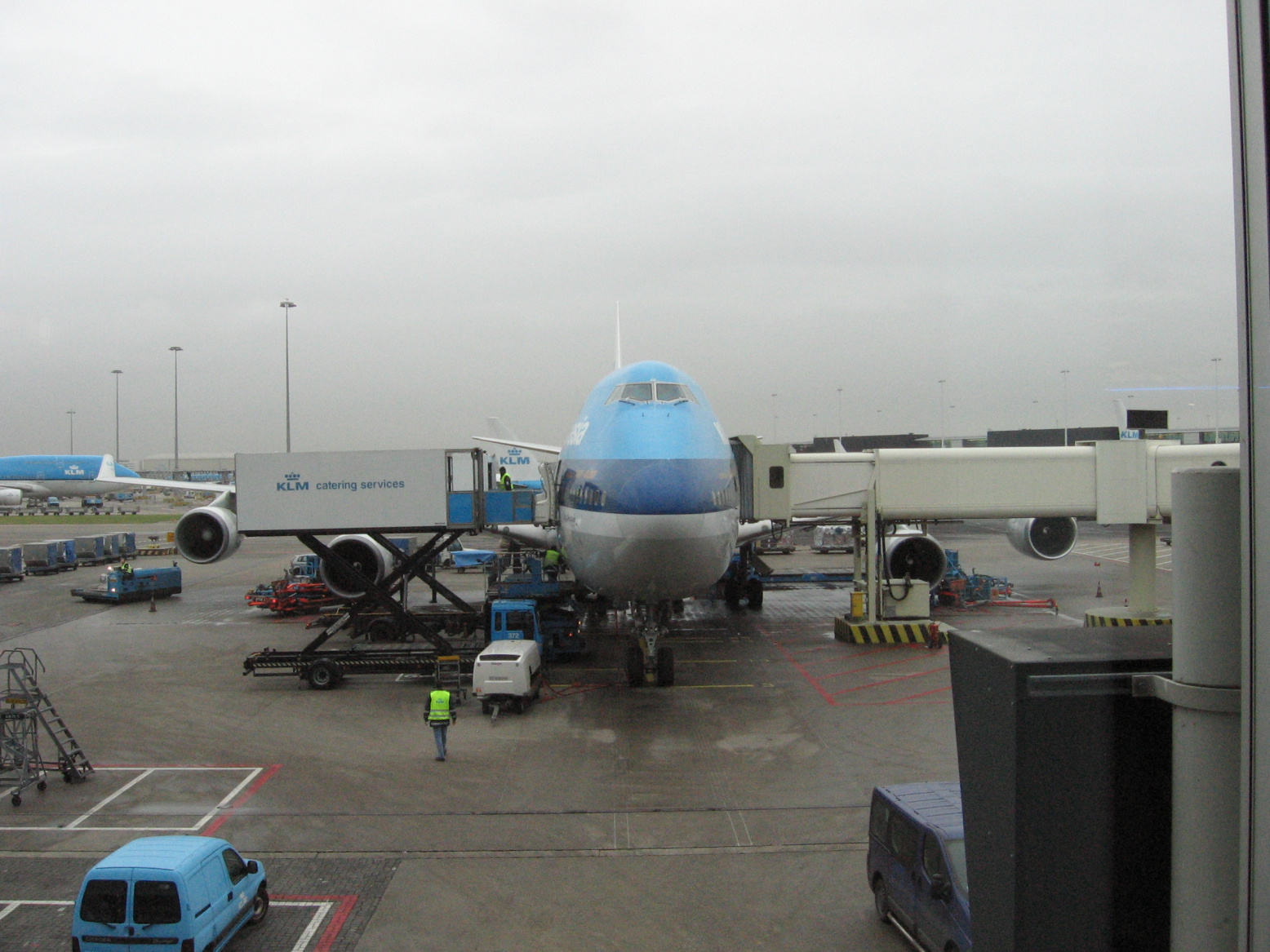 I was defeated. I walked up to the counter fully expecting them to tell me that after all they would not be able to get the bikes on the plane. Not so. Apparently, for whatever reason, my boarding pass didn’t register correctly when I was checked in at the gate so they didn’t have me in their system and they were paging me thinking I was at the bar and about to miss the flight. She told me I was lucky I got to them when I did as they were 5 minutes away from offloading my luggage!

Successfully checked-in to the flight and the bikes presumably loaded as well I boarded the plane for a smooth flight home. Upon arrival at O’Hare Airport in Chicago I collected my odd-size baggage and got everything home in a cargo van that one of my friends rented to pick me up.

This is why anytime I’m asked if you can fly to Holland and bring a bike home I answer: "yes, you most certainly can. But, if you want someone to take out all the drama and unknowns, you can get your Dutch bike from us." 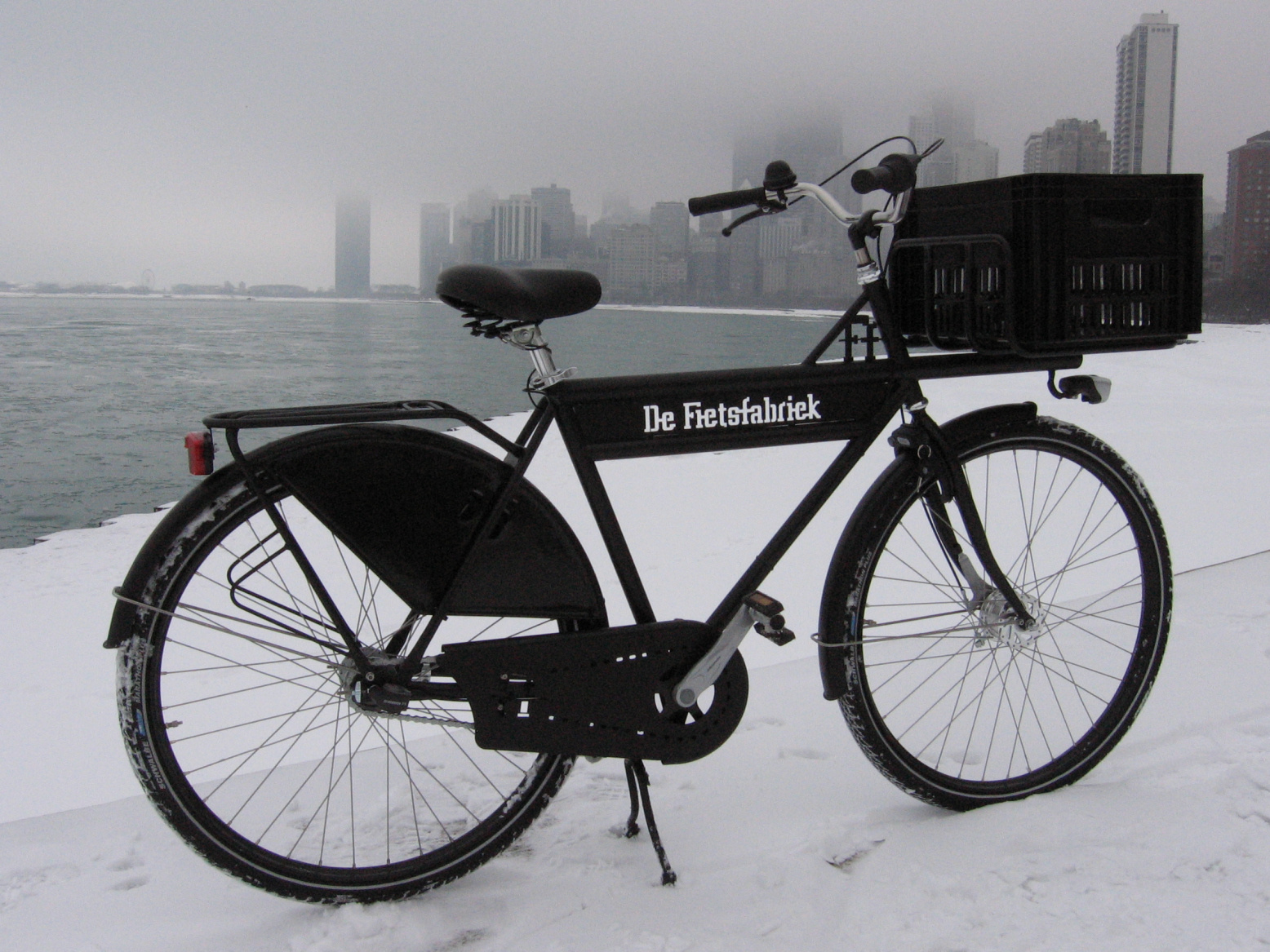 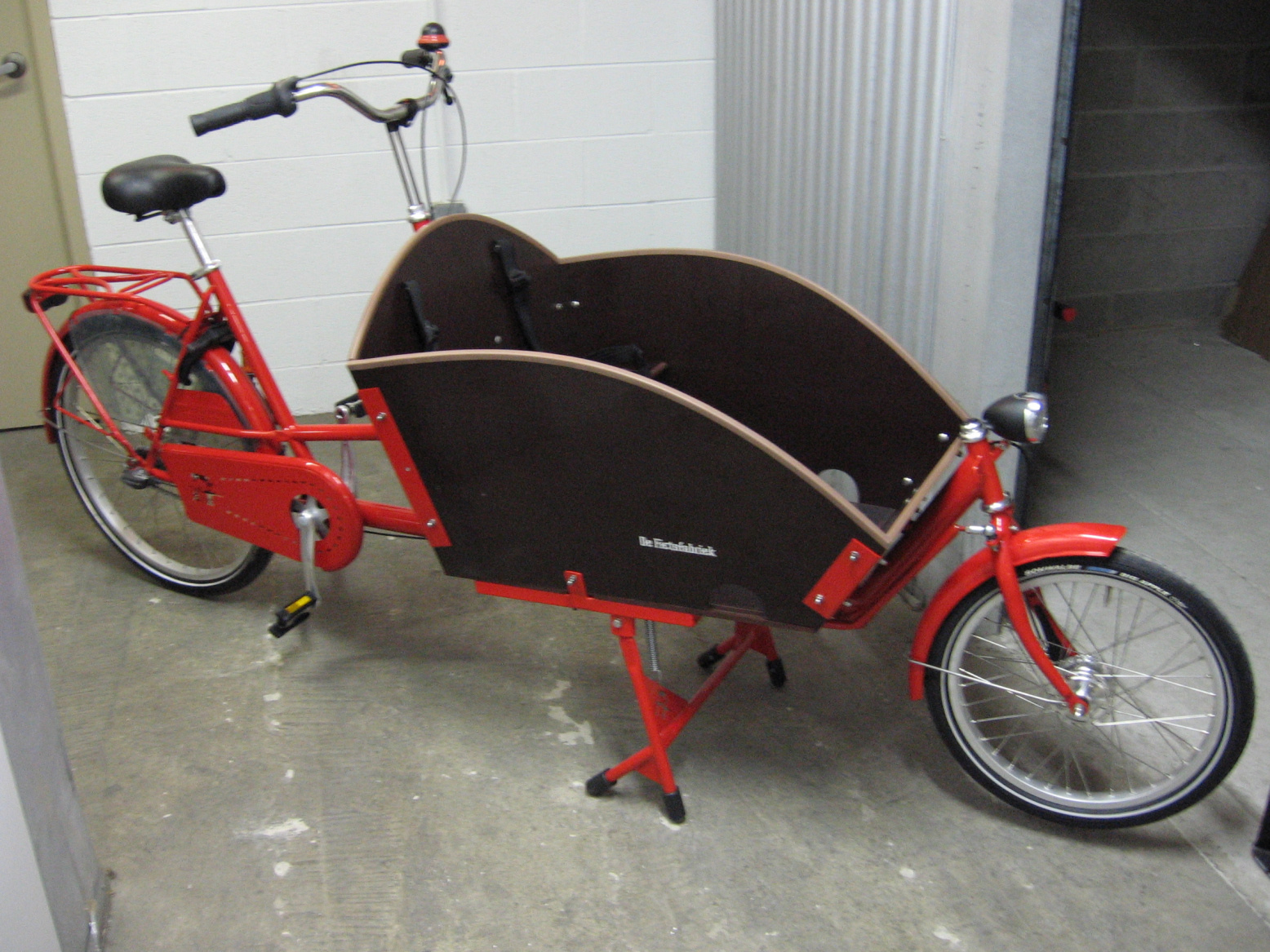